The great meal alluded to in the preivous post……………..was at the Public House Gastropub.  It had ‘small plates’ and ultimately, we had four.  Some of the names were cute and ultimately led to our last choice. 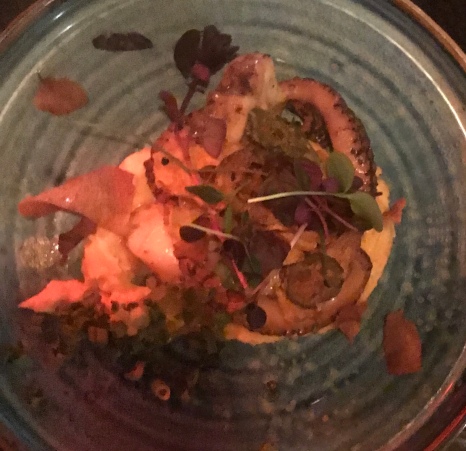 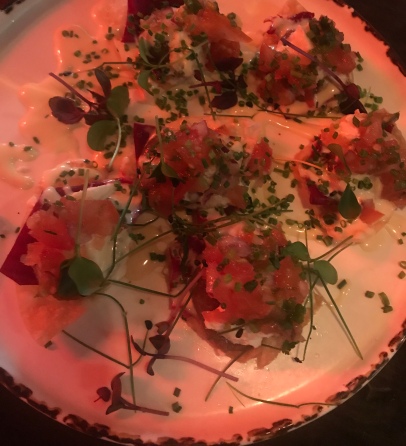 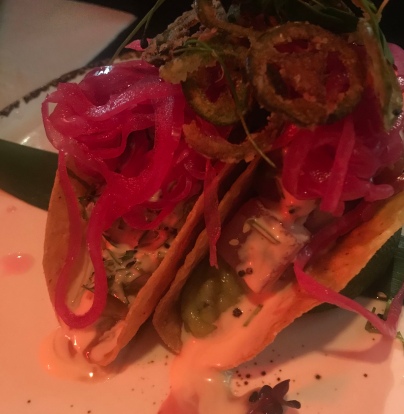 OMG!  The first and last choices were our favorites, but it truly was hard to rank them.

One different thing on this trip was getting a rental car.  We were definitely going to do more exploring outside of the capital.  Waking up early (in the dark) we headed to our first stop – Pingvellir.  Driving was interesting, to say the least.  It was dark when we ran into the rain, turned snow – probably a good thing.

Yep – snow!  Our rental is 4WD and we have on snow tires.  Remember, this was two ladies, one from Florida and the other a recent Florida transplant from California.  Let’s just say I had a moment of concern when shortly after leaving Reykjavik, we were following a snowplow – then we passed him.  Eventually the sun came up.

Pingvellir:  Google maps had us heading for a road, that was blocked off and not driveable.  I was happy to see we weren’t the only ones fooled by Goggle maps.  After turning around and following the signs (old-fashioned directions) we got there. 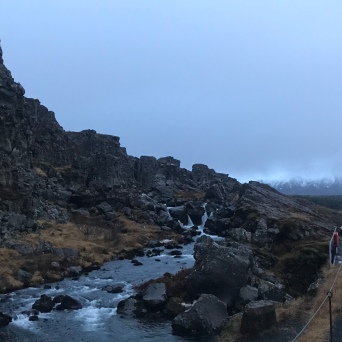 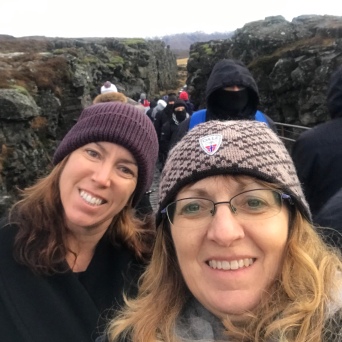 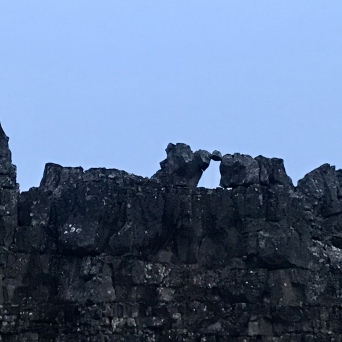 Next up was Gullfoss.  It was much different than when I visited in May.  The first photo you can barely see the path we took leading us to the upper section of the falls – it was closed for the winter. 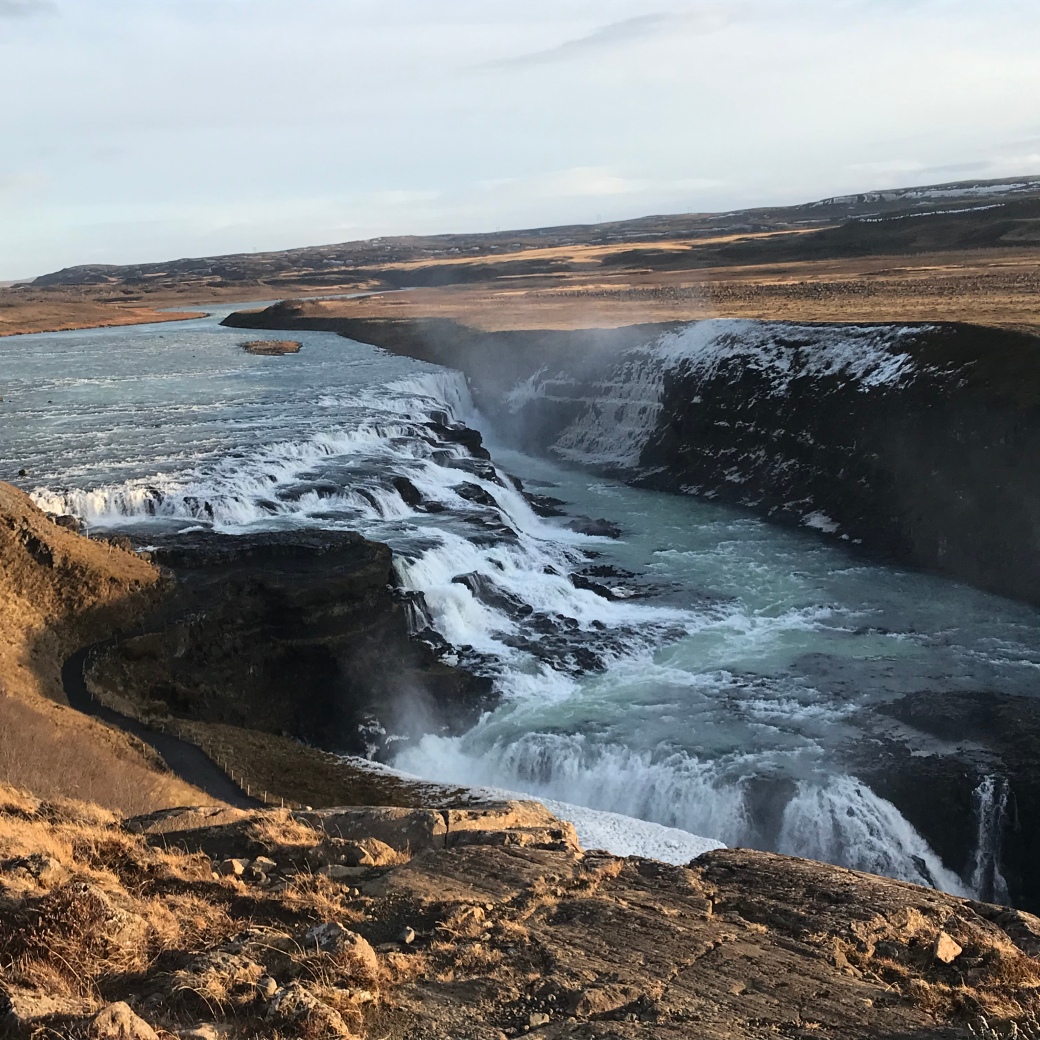 Let’s just saw it was extremely windy overlooking the falls from the top vantage point!

Next priority was lunch.  We decided upon a local ‘Farm turned Restaurant’ that was within 30 minutes from the falls.  It was an excellent choice. 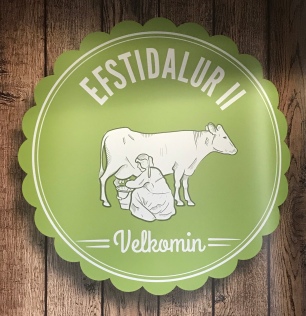 After sending photos of our selections – my husband made fun of me for my selection.

Whaaat?  I love a good burger and this was their farm-raised beef.  I selected the top-listed burger.  It was delicious!  The egg was an extra layer of goodness when I cut the sandwich in half.

Adrienne had the trout, of which each fillet was cooked differently.  She loved her choice as much as I loved mine.

We were too full for dessert (their hand-made ice cream – I know I know) but got back onto the road heading towards VIK, with a few more stops along the way.

We kept running into these one-lane bridges, but this design was way over the top and not seen again.

I show you this nice (boring) road below which seemed innocent enough.   There were some ‘warning-ish’ signs when we turned onto a gravel road, but not blocked off.  We can’t read Icelandic.  We were halfway through the 5 km ‘short cut’ and huge dirt movers had turned the road into a rutted mess.  We were already committed, sooooooooooo, Adrienne kept driving.  I had major concerns, but she showed no fear and kept going.  We made it.

Animal life is Icelandic horses and sheep.  We had a nice pull-off and got a few horse photos.

Unfortunately, not so lucky with sheep photos.  We pulled off, the sheep ran and all I got was the tail ends. 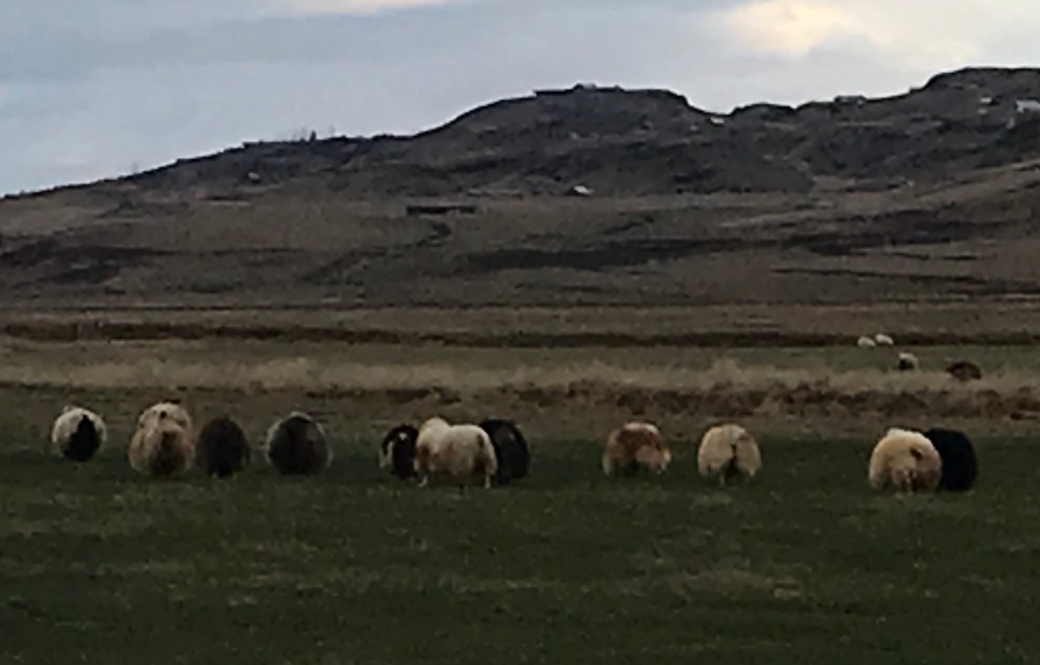 This seemed a fitting end to today’s post.  We actually had a few more stops before getting to Vik, but that will come in ‘Chapter 3’.