Who would have guessed that I would have a chance to visit Iceland twice within a year.  Certainly not me.  So just how did this happen…………..

This trip required some different prep for shoes (water-proof desired) and clothing based upon the time of year – mid November.  I also had a helper when I was packing.

We called for an Uber to get to the airport and spent a bit of time at The Club MCO Lounge with our Priority Pass privilege to grab some snacks and drinks.

Before you knew it, we were on the flight and heading north-ish, then east. 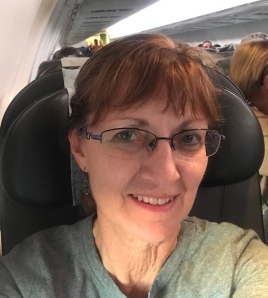 The trip was uneventful.  Iceland was experiencing some heavy winds and flights from Europe were either delayed or canceled.  Since we wouldn’t be landing for 7+ hours, we were good to go.

A snack mid-way tied me over until landing.  The beer was a special holiday beer available for a limited time – it was tasty. 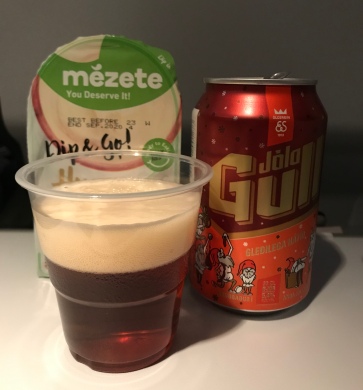 The Kevflak Airport was empty.  I believe we were the first overseas flight to arrive.  We were greeted by this.

Since we’re staying only one night before heading out, Eric found the Storm Hotel with availability, breakfast included.  We paid for the previous day so that we could crash for a few hours as soon as we arrived – good idea!  Right after breakfast.

Sleep, a shower, a change of clothes and we were ready for our walking food tour, which met at the Harpa – their concert hall. 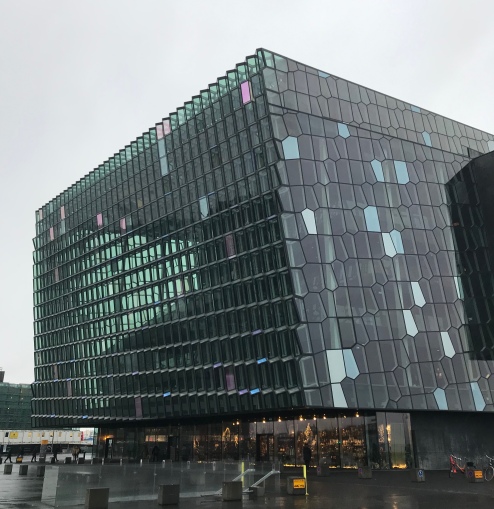 But not before a quick stop at the Sun Voyager statue.

I had heard about these rock sculptures after my last trip, but had no idea their location………right next to Harpa and the bay. 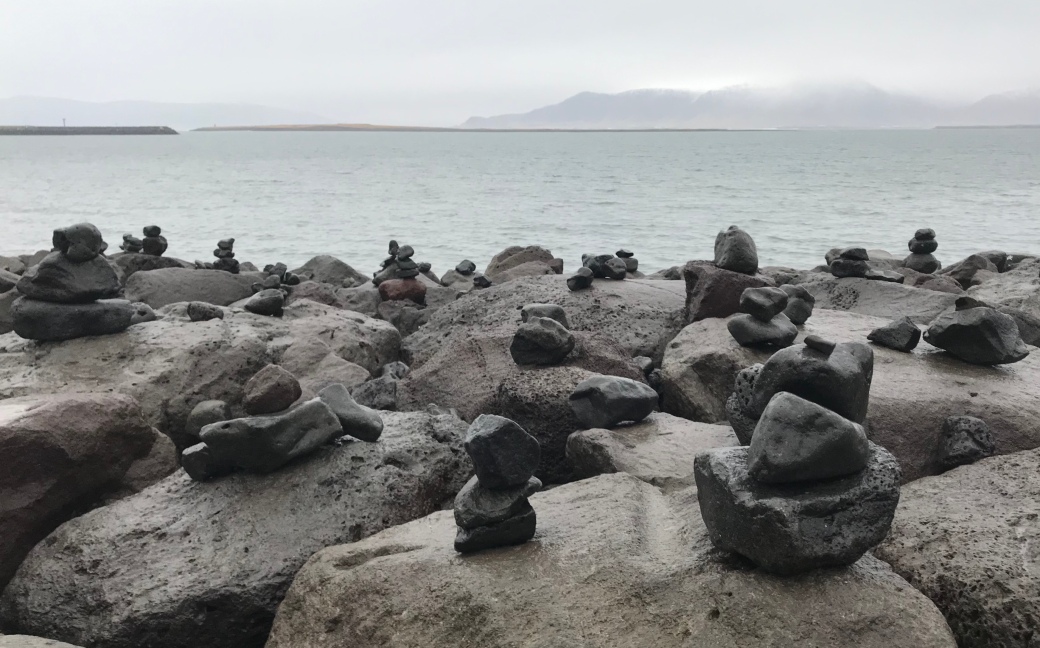 This was the ‘same’ tour that Eric and I did when we arrived – however, not exactly.  A few stops were the same and a few were not.  The route was also a bit different.  First a traditional Icelandic soup and bread – described as comfort food and every recipe is different, depending on what your grandmother put in the soup.  🙂

We have an interesting group:  a couple from UK (next to Adrienne), older couple from Miami, FL (opposite them), our guide and one young lady traveling by  herself also from UK. 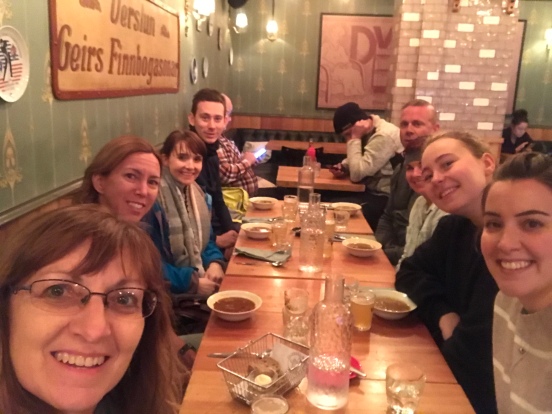 Here the tour deviated somewhat.  A very ‘touristry’ thing to try is fermented shark.  A capped bottle of cubed pieces was brought out, along with some fish jerky. 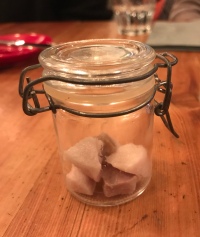 I couldn’t do it, but Adrienne could! 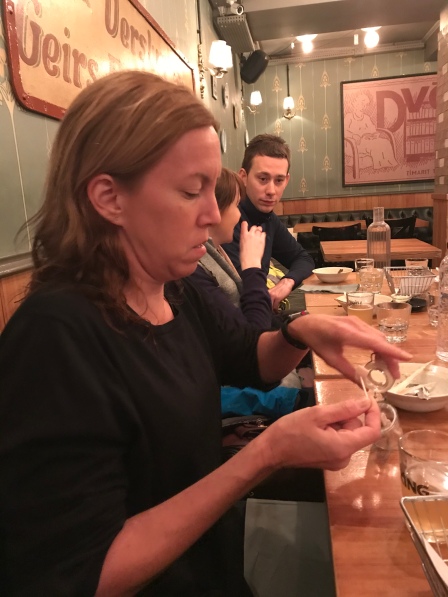 Third stop was a repeat from my earlier food tour Meisson, specializing in seafood.  There was a seafood mash and grilled arctic char.

Our last stop appealed to the sweet tooth in all of us – well, maybe in most of us.   The coffee was most appreciated after walking in the chilly temps and wet weather.

Adrienne and I walked around the downtown and she noticed this phenomenon………..snow!  Who would have guessed, snow in Iceland in November. Ha!

After we wandered through a few shops, we had a fabulous meal which will be revealed in my next post.  Between both of us, it was hard to rank our favorite dish.