Friday morning we split our European adventure and went a different direction from the boys.  They are going to Munich – totally not my thing – and we are going to Freiburg, Germany.  Initially, I really wanted to go to Prague, but it was going to be too far to travel.  After looking at a map, we settled on Freiburg.  Let me tell you now, it’s a great city!  I wish we used it as a base instead of traveling to Heidelberg next week.

Okay, let’s get going.  We had a few moments of doubt in Venice first thing in the morning as we waited for the water taxi to the airport.  After waiting 20+minutes for the first one, it was too full and only 4 people got on.  The driver said the next taxi would be there in 25 more minutes.  We were the last stop before the airport and the taxis were always fairly full – a fact we didn’t think about.  When the next one arrived, we were held back until the others got on and we said that Karen and I needed to get on this one.  After the others got settled, there were at least 8 more after us that made it.  Too much stress for the morning.  Eric heard the guy say ‘You win.’

At the airport we split since Karen and I were flying a different airline – EasyJet.  I liked the airport.  Once we got our bearings, it was fairly easy to navigate.  Before you knew it, we were on the plane.

Did I tell you that Karen loves having her picture taken – not!  She’s been a very good sport on the trip.  Early on both Rich and I told her that being with me was ‘implied consent’ for all photos, since we were traveling together – sorry Karen. 😦

Our last look at Venice was from the air.  We read that the view overhead was like a fish caught on a line – I can see it.

We landed at the EuroAirport – Basel-Mulhouse-Freiburg.  So named because it is one of the few airports in the world operated jointly by two countries (France & Switzerland). 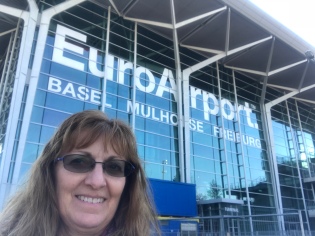 We next had to wait for a bus to take us to Freiburg, with the first one arriving at 2pm, in about 40 minutes.

Arriving at the bus station, it was (fairly) easy to walk to our hotel, the place we’re staying for the next four nights – The Alex Hotel.

It’s very modern looking and highly rated by Trip Advisor.  We’re staying here an extra night, once the boys arrive.  While we are surrounded by residential apartments and the university buildings, there were several local food places right down the block.  We visited the bakery every day – usually more than once. 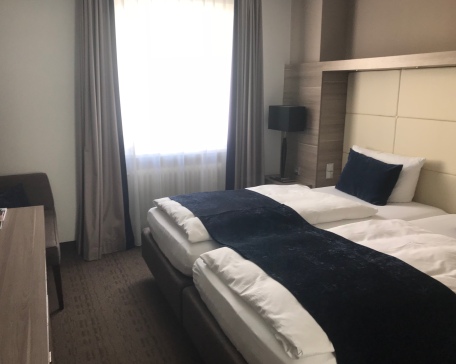 The only scary part was the elevator.  Our room is on floor 3 and Karen doesn’t enjoy small spaces.  You should have seen her when we were both tucked away in the space with our suitcases and backpacks – yikes!

After settling in, we went exploring and first on my agenda was a stop at the Feierling Biergarten. After all, if the boys could drink in Munich, I could drink in Freiburg.  I had the first one listed  –  Inselhopf .3 liter.  Yes, the price listed is 2.9 Euro.  Karen has always been really good about drinking water, until she found out that water was more expensive than a coke, which is more expensive than beer.  Never could convince her to order a beer. 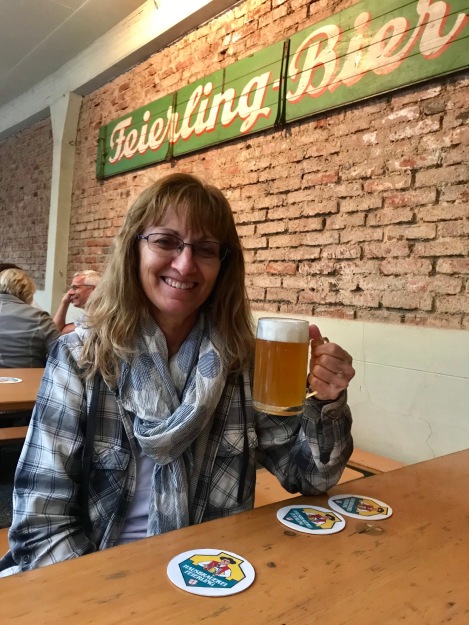 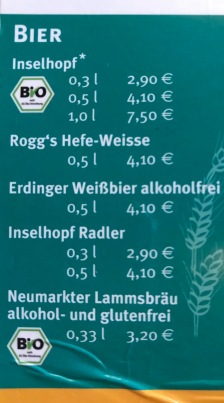 Karen was in charge of the map and planned our route to and from our hotel.  Nope, that is not Karen’s beer.  🙂 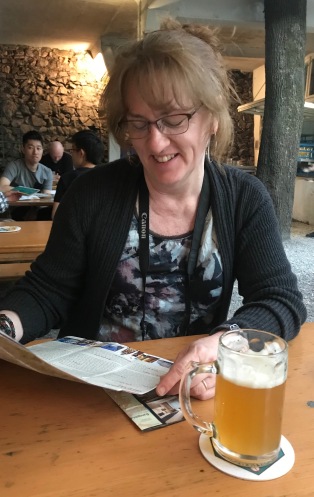 After a bit of walking, hunger pains were beginning.  I had found a few restaurants before coming and the first one we located was Schlappen.

I tried another local beer, again, the first one listed on the menu below – the Jever Pils. 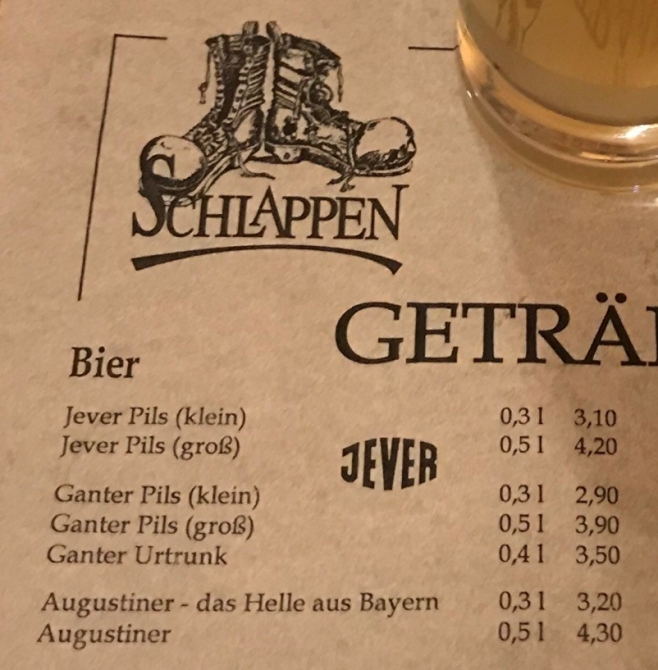 They are noted for their potatoes and OMG!  They were absolutely delicious.  We also ordered the caprese pizza for our meal. 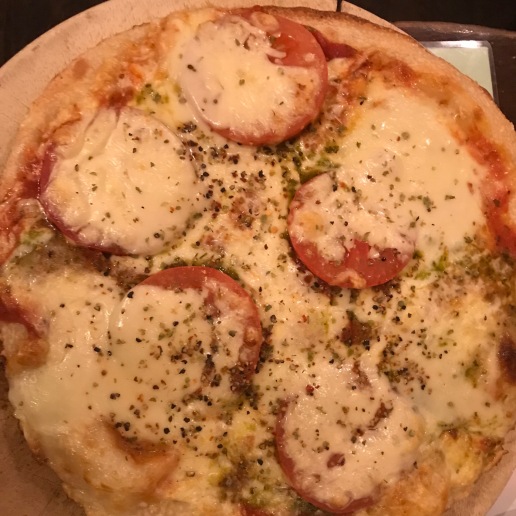 After a short walk back to our hotel, it was time to turn in.  Saturday was going to be a fun-filled day as Eric had found this awesome tour of the Black Forest.

We asked to be picked up after 10am on Saturday as we were going to have breakfast in their local city market that surrounds the old church.  You’ll be seeing a lot more pictures in future posts of the church.

The market exists 6 days with Saturday and Wednesday being the biggest.  Since the weather is a bit chilly, I went for the hot sausage as my breakfast.  The old church is in the background.

We both got a sweet pastry and pretzel to munch on later.  It was time to head back to our hotel to meet Simone, our guide for the day.  That in itself is a full blog post.