After our first few days at Disneyland Paris, we headed southeast to Lyon, a gastronomical capital of France, second only behind Paris.  This trip trains are our primary mode of transportation (unlike 2 years ago), which was very convenient since they have a station at DLP.

Two hours later, we were in Lyon.  It was suggested to take Lyon’s subway to our flat, but for our first time we got a taxi.  Eric found this place when he was initially looking for cooking classes and one review mentioned the studio flat above the school: 49 Rue des Tables-Claudiennes will be home for six days.  The owners of the flat run a cooking school on the first floor of the same building.

One flight up, and we were in our new flat.  Interesting aspect, we have two doors to unlock before getting inside our flat, in addition to the entranceway from the street.

While small (yes, it’s a studio) it had obviously been tastefully re-done and pretty much perfect for us.  A small kitchen for some breakfasts & light meals and a washer for our clothes.  Yes, the ‘bed’ is a pull-out couch, but former occupants all commented on its comfort in their reviews. 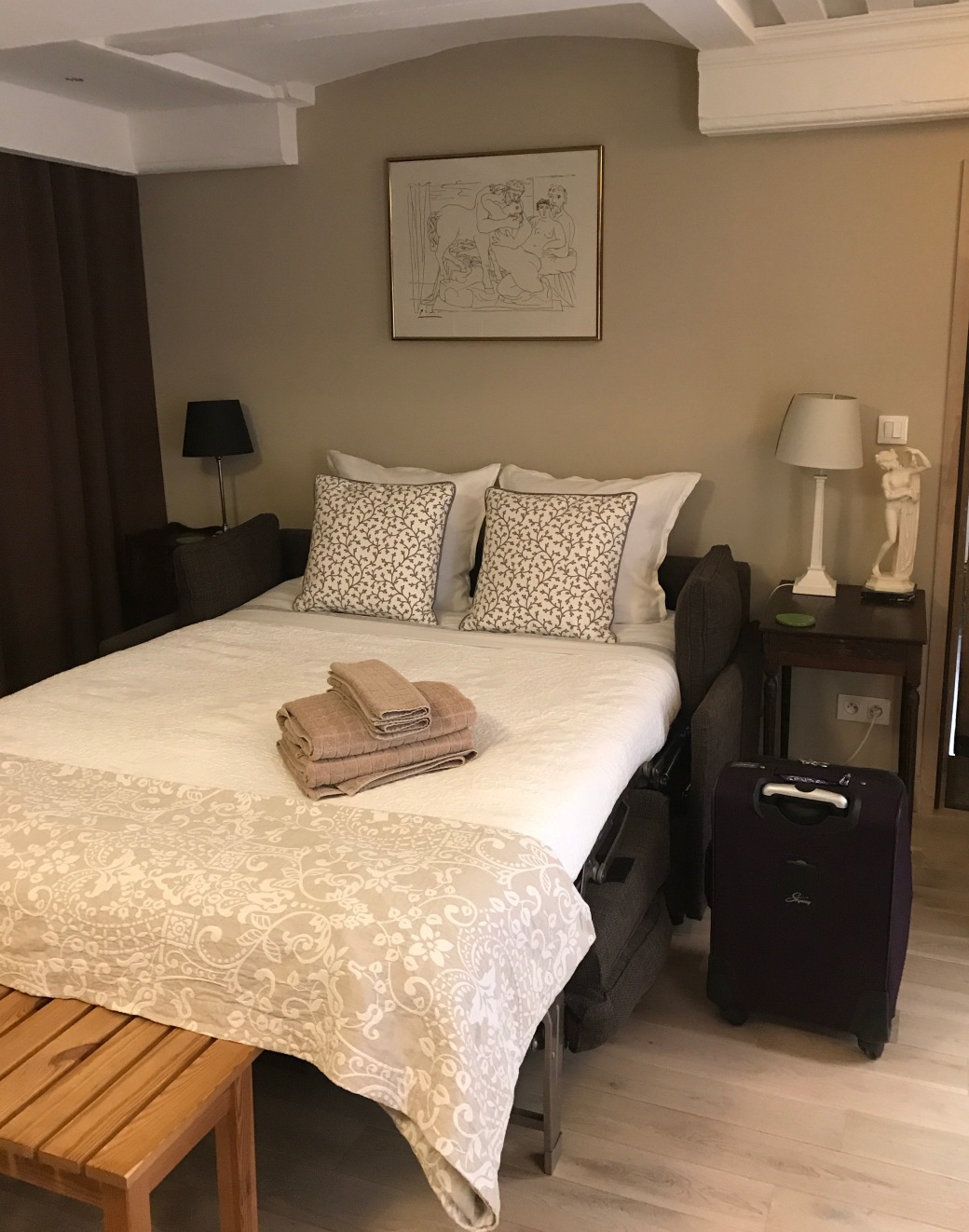 After dropping off our luggage, we went in search of lunch.  One of the owners suggested ‘Jutard Bistro’ and off we went.  We had seen the stairs on our taxi ride and they were just as daunting to use as they were to see.

For our first lunch in Lyon, this was perfect.

We shared a fromage and meat plate………

……..and then Eric added a dozen oysters that were sold outside the bistro, but a part of the dining experience.  Cant believe it but I had 3 of the 12 bi-valves. 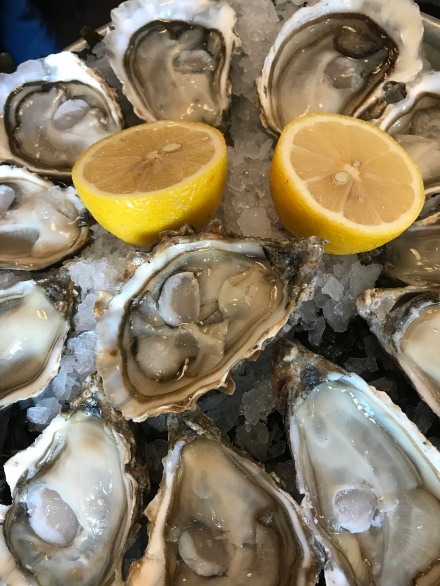 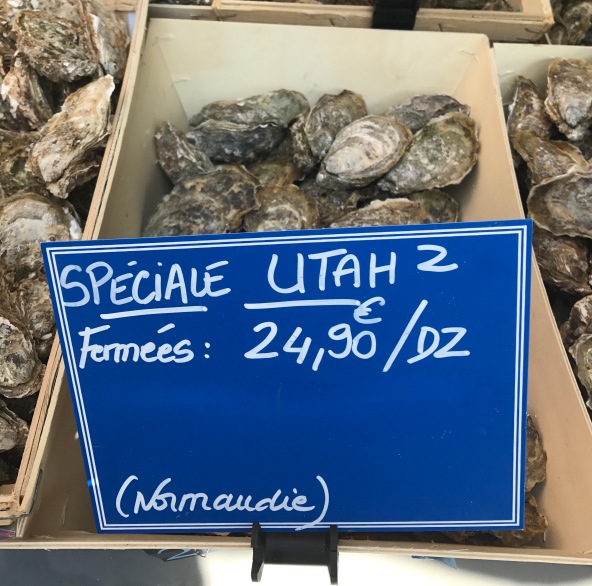 We walked off our lunch and found a few more memories for Lyon.  Since we were staying here for 6 days, we picked up some flowers for our flat.

We found several city parks tucked into corners and also walked across one of the two rivers that are part of Lyon.

You never know what you will walk upon and we found numerous plazas, some of which had running fountains. 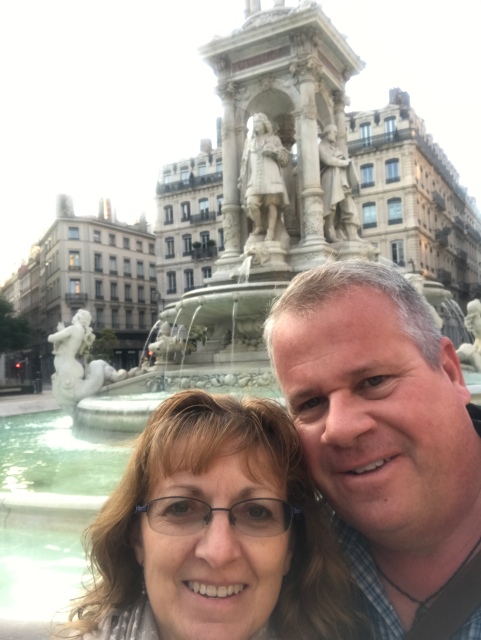 They also have some covered passageways, much like in Paris, but these are strictly to keep a person dry, not for shopping. 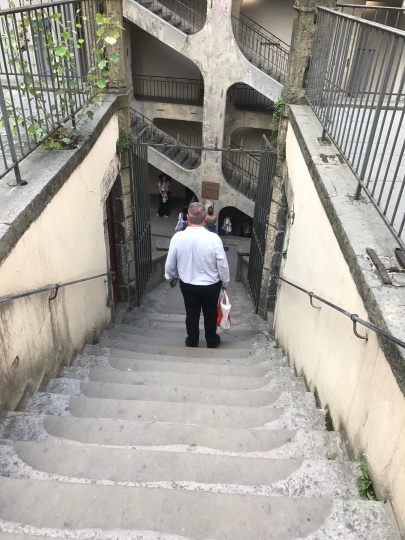 After picking up some fruit, croissants and seltzer water, we were set for a few days.  So far, Lyon looks very promising.

One thought on “Lyon – first days”