We stayed at Disney’s Sequoia Lodge, our second time.  It’s modeled after the great lodges in the West and the landscaping complements that.

Rooms are pretty typical of Disney, lots of theming. 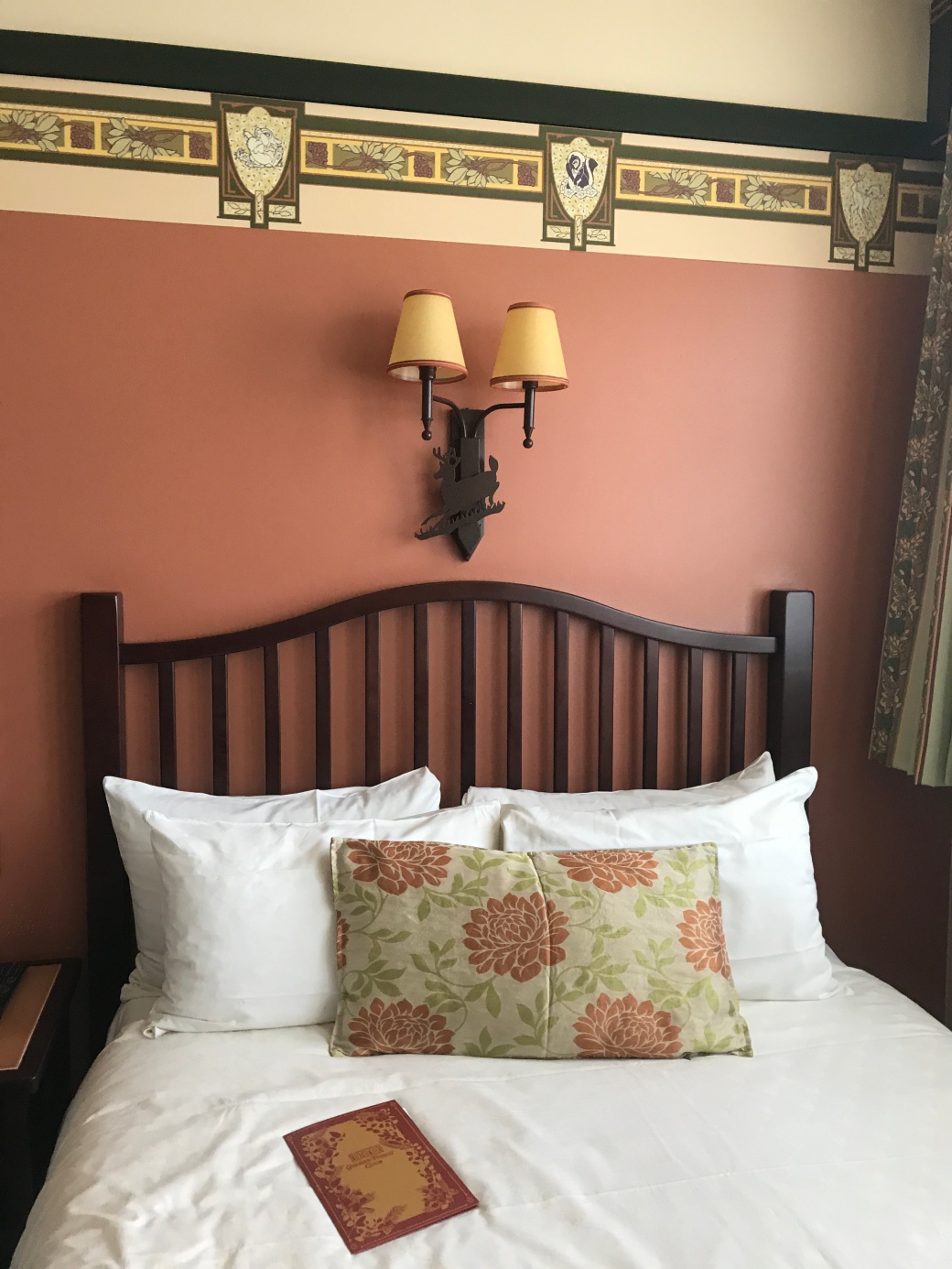 Our last visit, friends had up-graded us to the Golden Forest Level – and spoiled us.  This time we paid for that privilege. 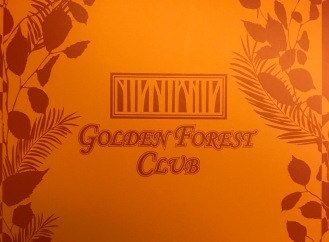 It’s mostly used at breakfast having available a variety of foods: 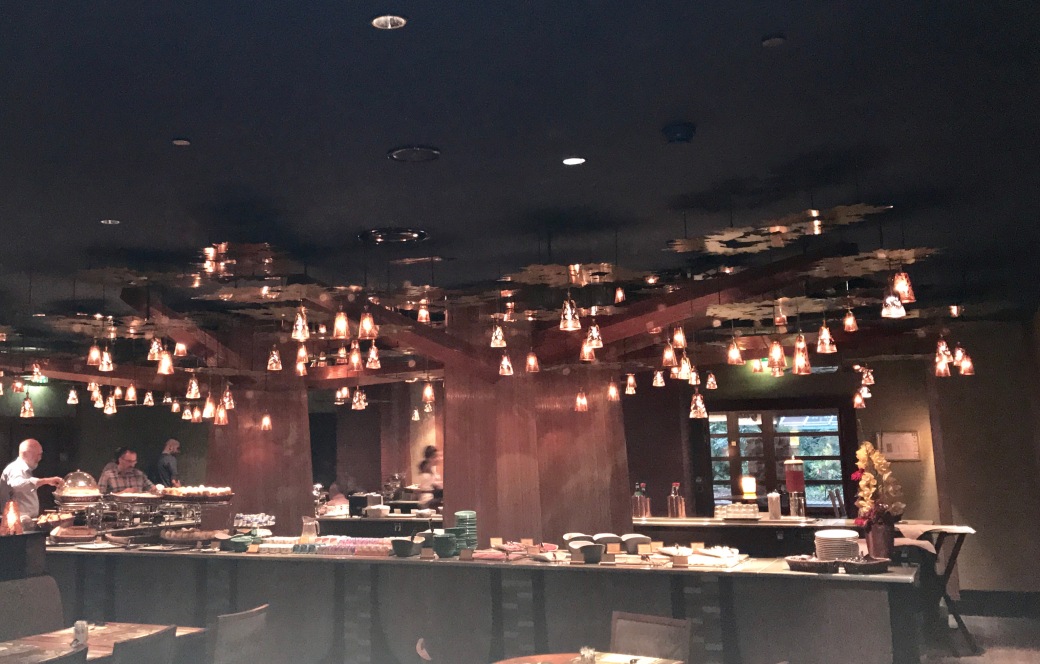 Friday’s plans we both had people to meet and we split up.  Eric was to meet their Horticulture team and present the soon-to-be-retired Director with a topiary ‘Mouse-car’  from the Horticulture Department at WDW and also talk about some WDW horticulture practices – he gets to count this as a work day – go figure.

I am meeting up with a lady I met during my time in Shanghai, Christine, a Custodial Proprietor.  Our bus ride back to our apartments was 45 minutes and we shared task force stories (and frustrations) during that time.  She visited WDW earlier this year, but we were out-of-town during that weekend.  I asked Christine for a back-stage tour of both Parks and she spent 4 hours showing us around and sharing comparisons between all the Parks she has visited. 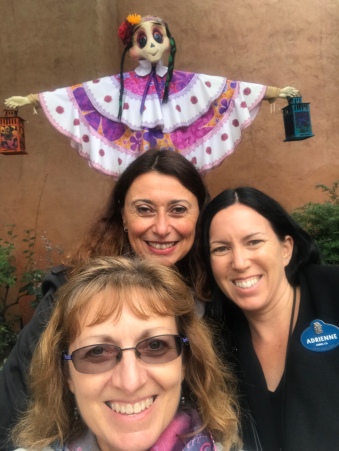 While Halloween isn’t such a big deal over here, they decorate one of their lands.  They had some weird statues as part of their decor.

We had lunch together before she had to go back to work.  She’s planning on coming back to WDW within the next 12 months, so hopefully we will be able to get together.  We ate at ‘Annette’s Diner’ in the Disney Village area –  typical American food with burgers, hot dogs, fries and shakes.  The hostess escorting your group to your table wore roller skates. 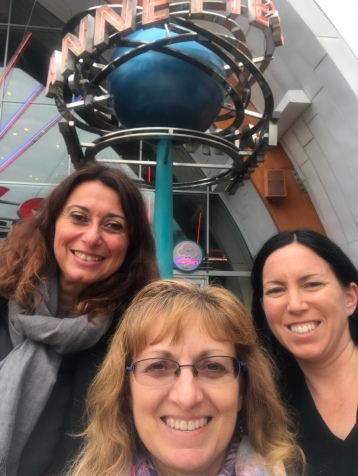 Our previous visit we saw numerous plastic topiaries but they have definitely improved their horticulture standards within the last 2 years.  We saw numerous live topiaries and this Mickey was in the Disney Village.

Before Eric left the Horticulture Director, Luc took him to a Dutch Garden that was a combined effort with the Dutch government and Disneyland Paris.  It was pretty impressive and Eric took me back there later in the day.

This was in front of Disney’s Newport Bay Hotel and part of the garden was a meadow. 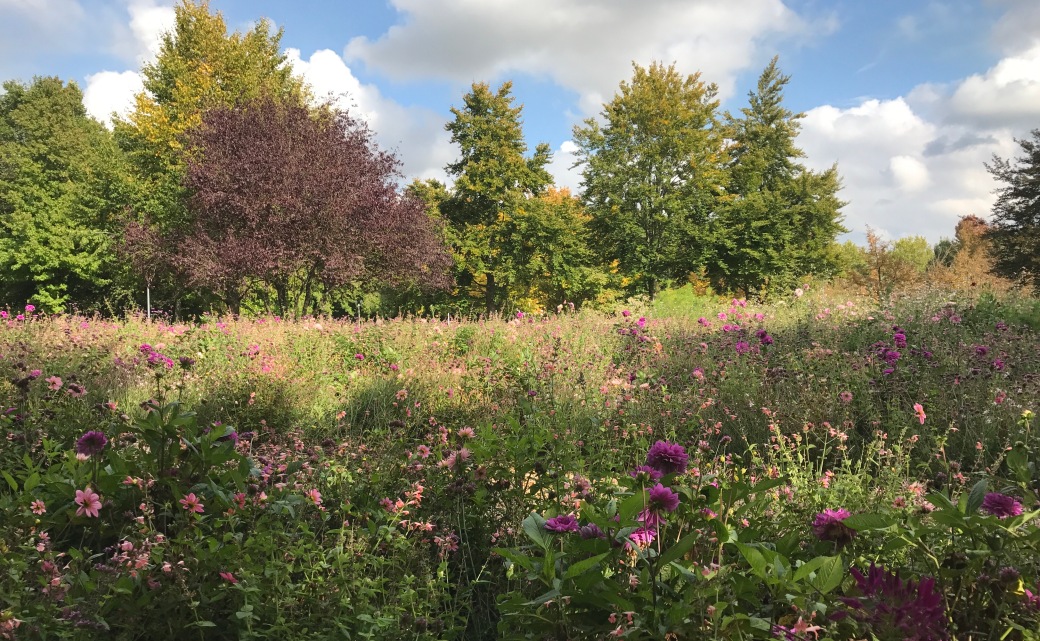 If you don’t like pictures of flowers, skip to the end.  This is the result of two people interested in Horticulture around the world. 🙂  I showed some restraint, I could have put in 3 times the amount of photos.

This was a good way to start our trip.  It gave us a chance to get over (most) of the jet lag, meet up with friends and run a (short) race.  It was also nice to visit during a special year (25th) for one of the Disney parks world-wide. 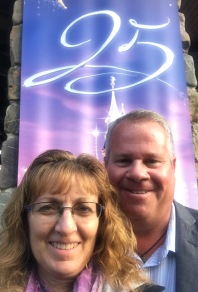 One thought on “Last Memories of DLP”