Lexington, KY is considered by many as the horse capital of the world.  The world’s top racehorses are bred, born, trained, officially registered, bought & sold, retired and buried in Lexington.  You can probably guess by now……………….we visited Keeneland.

We were meeting an acquaintenance of my mother-in-law for lunch in the clubhouse and to watch the races throughout the afternoon.

Lunch was the first priority.  Eric started with a bowl of ‘bergoo’ – basically a beef stew with these fried dumplings.  It was pretty darn tasty!  I asked why he had never made it for me – silence.  The dumplings were the ‘extra bit of goodness’ which took it the extra mile.

Mary and I both ordered the ‘Kentucky Hot Brown’ entre as our choice.  It is a local favorite, created at the Brown Hotel in Louisville, KY in 1926.  The main ingredients being turkey, bacon, Mornay sauce and tomato slices.

While there was nothing wrong with this presentation, it is probably not something I would suggest to others.  I’ve had other preparations that were more appealing to my taste.

Eric ordered a Rueben sandwich with herbed fries.  I really enjoyed his fries.  🙂

There is a dress-code for the clubhouse.  Eric had to bring a tie on our vacation.  If you didn’t wear one, they had a tie shop nearby for your required purchase.

Before long, the signal was heard indicating it was time for horses and jockeys to come to the track.

We trekked out to our seats.  We visited the track through the middle of the week and it was definitely the chilliest weather we had experienced thus far,  so the stands were pretty thin of people.

We definitely needed to put our coats and scarves on to watch a race.

Here are a few shots from my first race I watched.  Same horses, coming and going.

In between the 8 races today, we ordered dessert – bread pudding and shared this sweet dessert.

Of course, what is a day at the track without placing some bets.

After the first couple races, I stayed inside (where it was warm) and let Eric brave the cold temps and collect his winnings…………..or not.

He captured this video to grasp the excitement during a race.

It was a fun way to spend a day in Lexington, quintessential KY.  I’ll close with this photo found in the lobby of the clubhouse.  It was a huge fresh-flower bouquet that set the stage for an amazing experience.  It was beautiful and stunning, while also embracing the Fall essence. 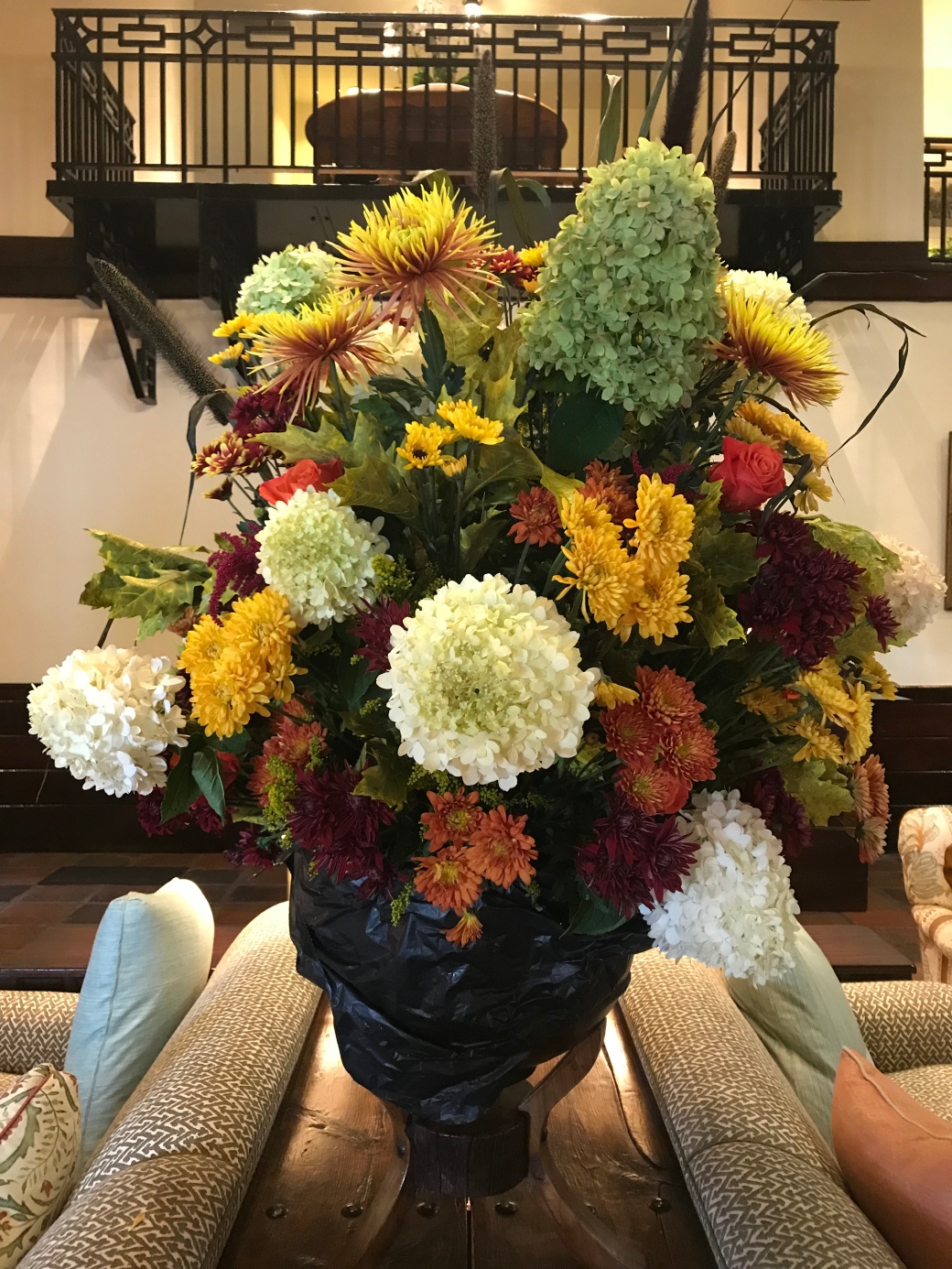