This time the weekend was all about Eric. He gets a birthday weekend!  Not many of our posts feature him (okay, maybe none) but it was a nice departure from my normal routine with this blog. 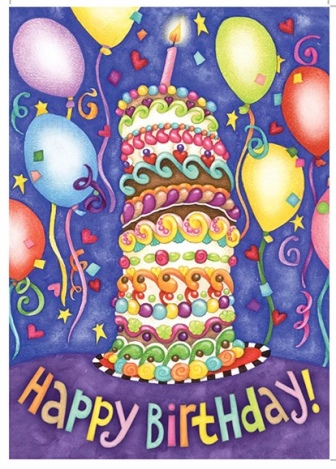 This place used to be marketed as ‘The place where chefs go to eat on their day off!”  It opened in 1976 and was a Zagat top-rated restaurant for Orlando for a number of years.  The original chef/owners are still involved in the running of the restaurant but recently sold it to another chef/wife team.  These chefs spent over 20 years traveling the globe together on behalf of the American Culinary Federation and formed a bond than transcended to this restaurant.

The restaurant features a fresh twist on legendary French foods.  They also believe in ‘farm to the table’ introducing products from Florida.  We’ve always considered it a country French restaurant, moderately priced.

The place looks like a home-turned-restaurant and several of the rooms have been turned into individual dining rooms.

Regardless, let’s get to the food, which is the reason we visited.  I’m the designated driver, so wine was shared with our friend and I did not partake. 😦  That was fine with me……….since I don’t really enjoy red wine.

We started with appetizers:  fried green tomatoes with crab, roasted beet salad with goat cheese and Soupe a l’Oignon (onion soup with melted cheese on top – guess you can figure out which photo is the soup). 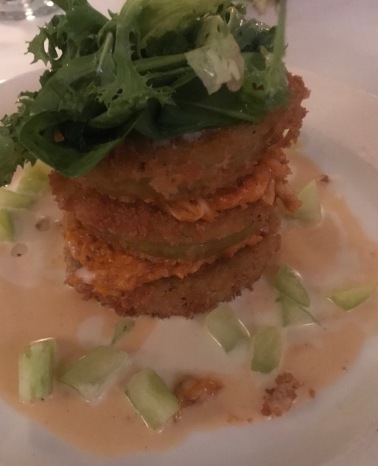 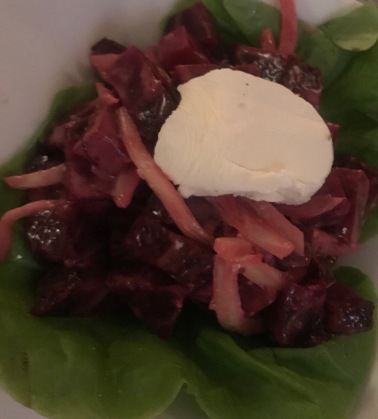 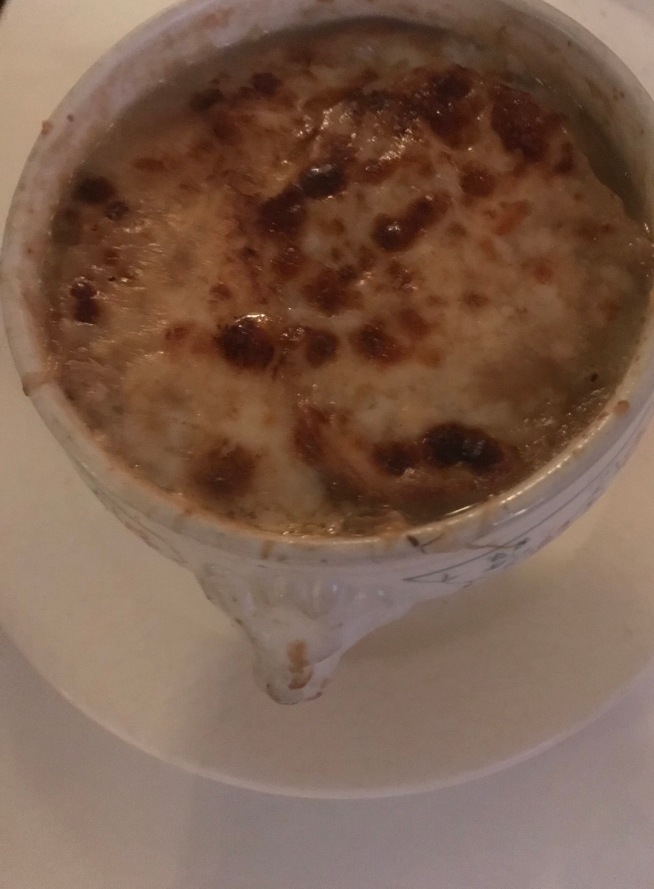 Tornedos – beef tenderloin steak with a blue cheese crust (me)  🙂

All entres had seasonal vegetables and a starch.  The meal was rounded out with desserts!  French-style Lava cake and two souffles – chocolate and grand marnier.

It was a fun & relaxing evening to celebrate Eric’s big day.

We had coffee and beignets for a quick breakfast Sunday morning (okay, that was more for me not him, but still………..it was part of the weekend adventure).  They are little puffs of goodness (fried dough), dusted with powdered sugar.  Who can resist that?  Definitely not me!  Maybe, just maybe they had a repeat experience later that week……………

We needed protein if we were going to make it through the day.  Since it was still ‘Eric’s birthday weekend’.………….he chose this place, and the most shocking thing, I went along.

Trust me, I don’t have anything against Mexican food (love it as a matter of fact) but it is the unusual meats on the menu which causes some hesitation – just saying. 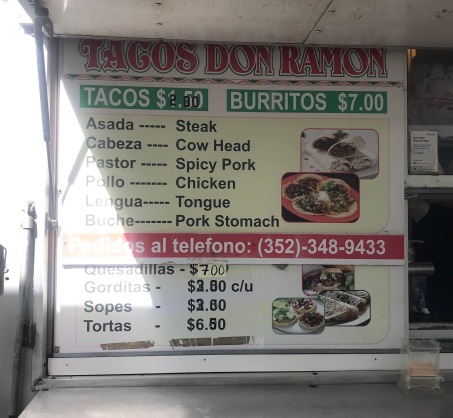 Yep, 3 of those offerings totally turn me off – cow head, tongue and pork stomach – must be that Midwest upbringing.  I heard Eric order our tacos (asada for me), which was the only way that I knew for sure he wasn’t getting me to ‘try’ something different.

The Mexican coke is nice – cane sugar is used for the sweetner and not corn syrup.

And then you have the tacos.  Sorry, things are very ‘blue’ since we were sitting underneath a blue tarp for shade.  First up, my taco asada.

Then you have the taco cabezo and taco lengua.  Check up above to see what that translates to. 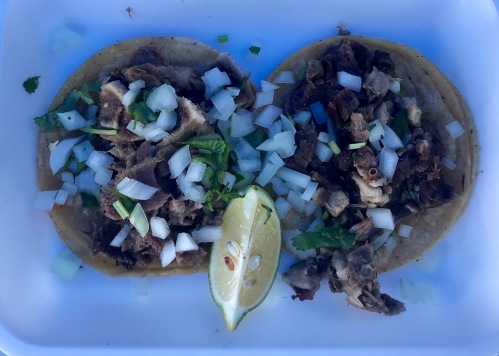 In case you haven’t figured it out, this is a food truck – with a permanent location.

My taco was very tasty – and needed.  Man (or women) cannot live on beignets alone.

Eric had to take one last photo…………..of me, to prove to his buddies that yes indeed, I was there.  And, also prove that I ate my taco, since my tray is clean.  🙂 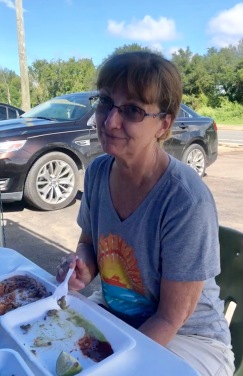 That’s it for his birthday weekend.  Happy Birthday Hon!