Tuesday was all about San Antonio, Texas.  We began our day with a historical dive into the reasons why Americans remember and talk about The Alamo. 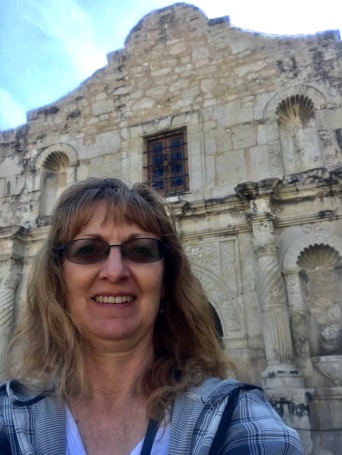 We started in the church, which was the last place defended.  We saw a short film sharing the story of this historic place.  While all of the men were killed, women and children were allowed to live and leave the fort to tell the world what happened. 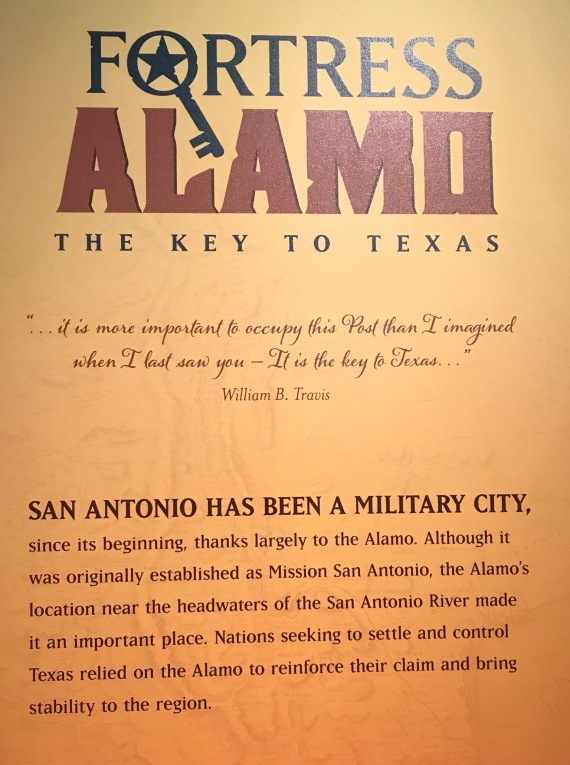 There were several actors on site adding to the overall experience and help explain the workings of the Fort back in the day. 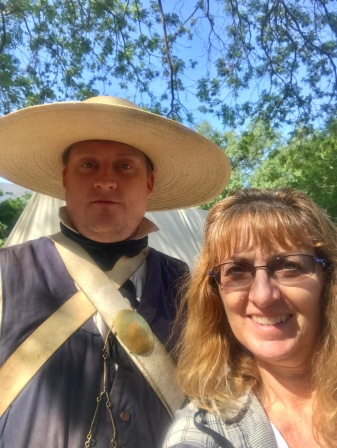 The historic memorial is surround by the city, yet it is fairly quiet inside the walls.  We spent several hours here before exploring more of the city.

The other significant place in San Antonio is The Riverwalk.  Our hotel was half a block from the Riverwalk and a short jaunt to everywhere else.

There is something kind of touristy which just has to be done………the river boat tour.  And yes, we did it. 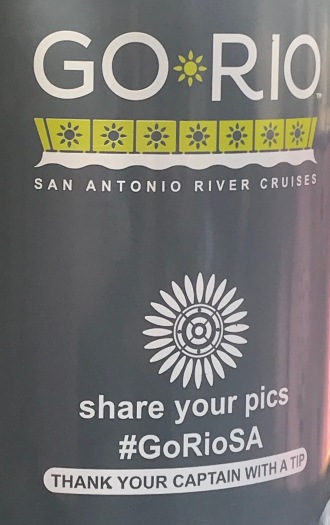 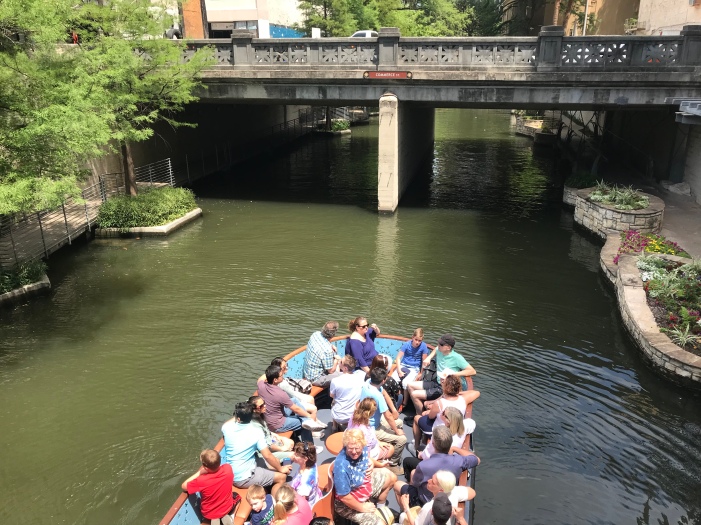 We noticed lots of extra things were happening around the Riverwalk.  They have a ‘Fiesta’ festival which culminated the following weekend. In the meantime there were several extra venues sprouting up around the city, giving the place extra activities to explore. 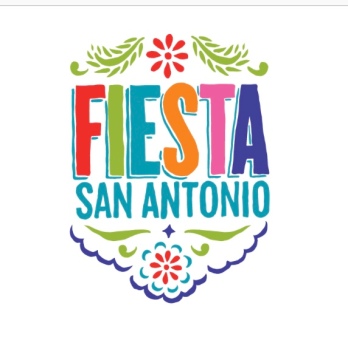 After paying the entrance fee, we spent the next several hours in the fenced area, walking through the crowds, checking out options for food and drink.  First, coupons were needed for the food booths.  Which we quickly traded for chalupas. 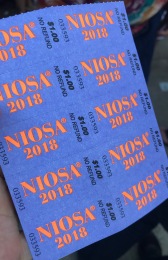 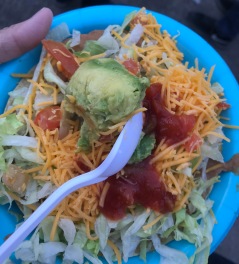 Then added a drink – sangria was my drink of choice this night. 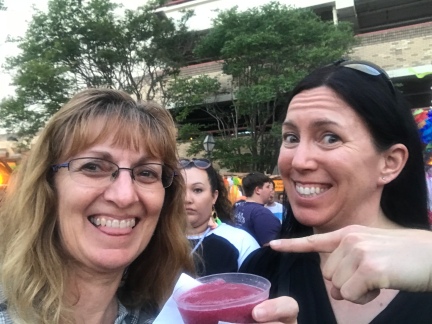 The place was crowded, which is not usually my preferred way to spend time, tonight was an exception – it was quite fun! 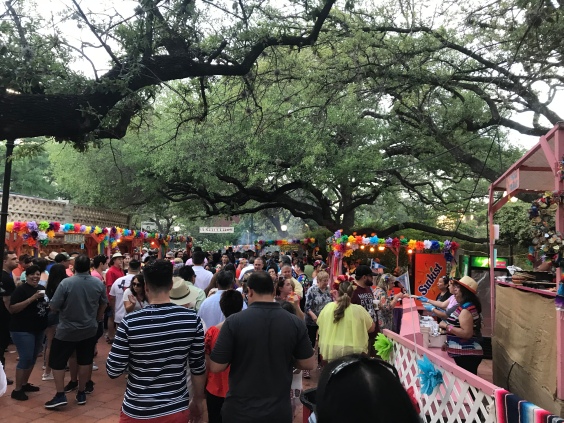 Apparently, it is a ‘thing’ to create and wear themed headwear.  These shots are a few that we came across. 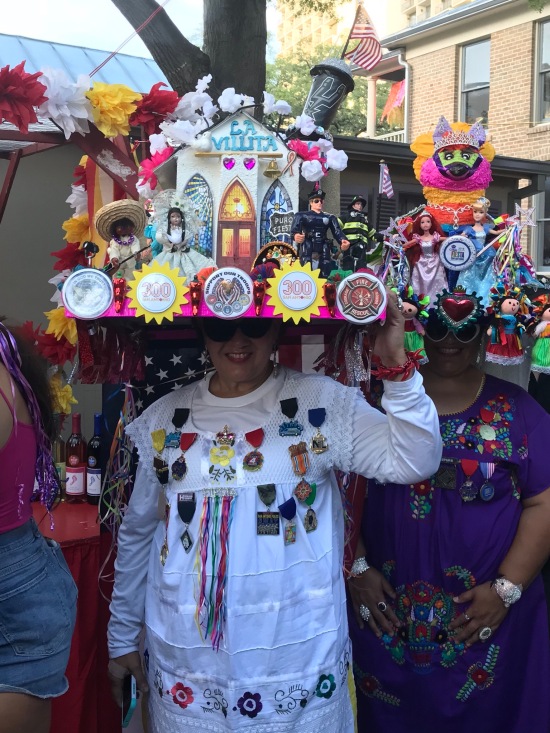 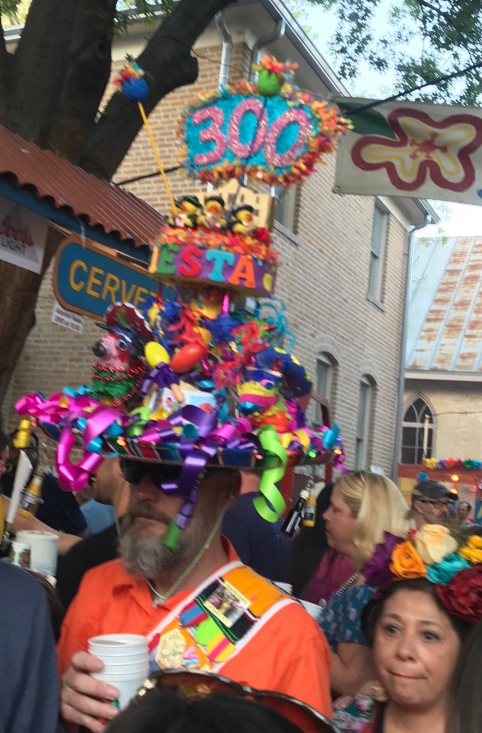 Earlier in the day, lunch was at a local brewery and my grilled pimento cheese sandwich was accompanied by chili-salt fries-awesome! 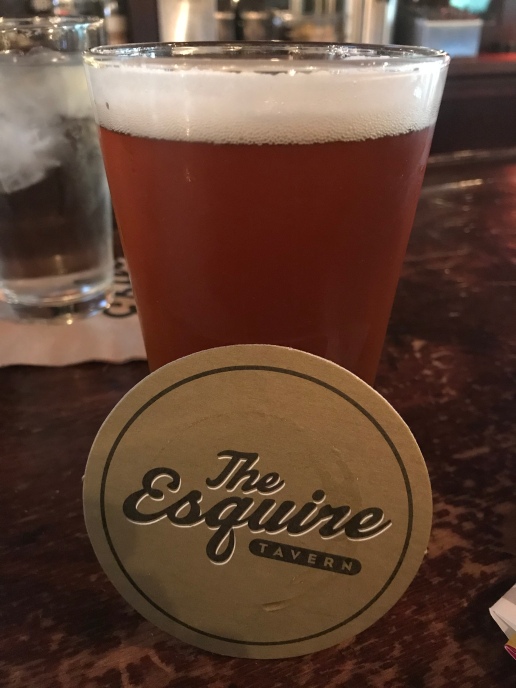 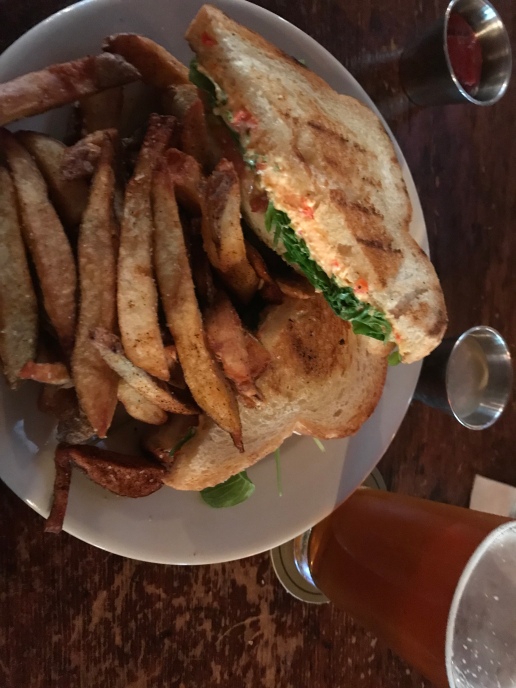 One of our last shots that evening in San Antonio was of the Texas flag.  We were told that the Texas flag is the only one in the US that can be flown without the US flag. Google it to find out why.  🙂 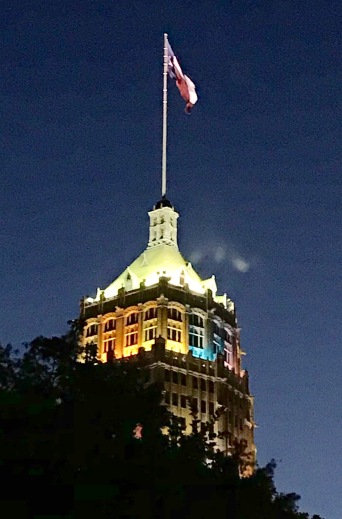 Wednesday we continued our cross-country journey by heading to New Orleans, LA.