I’m wrapping up our last few days in Lyon.  It involved a walking tour, Roman ruins, a church, a museum and art.  But first, the tour.  It was focused on Croix Rousse, a neighborhood that has become trendy and ‘the place to see and be seen’.

Our tour started with wine (of course) and eating, and oh yes, it started at 9 am in the morning.  The first restaurant was one that Eric and I ate during the evening.  We had a slice of duck & veal pate de terrine, seafood quenelle and both red & white wine with our tasting. 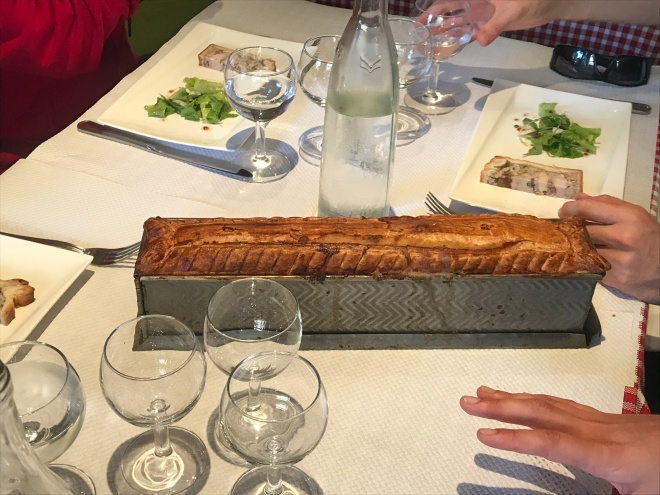 They shared during the tour that one of their top-selling items started out as a mistake.  The chocolate covered macarons came about because when the cookies were made, they did not come out of their molds smoothly.  However the chef didn’t want to throw them away, soooooo they got covered in chocolate – success! 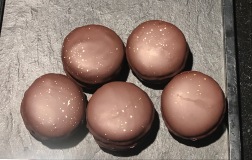 Also on display was a chocolate ‘dress’ and a library of chocolate. 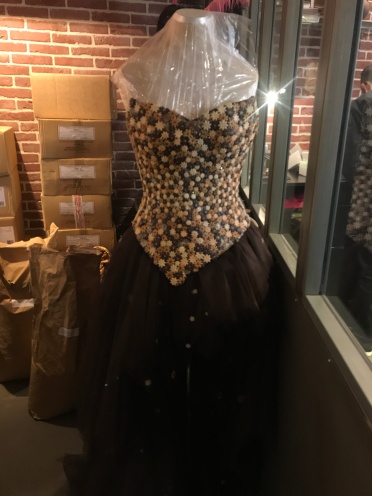 This same company owns two additional shops a short distance away and we stopped to peek in their doors, before continuing our walk.  I just couldn’t resist a photo of their colorful macarons.

As we continued our walk, we came upon some Roman ruins,which was a former amphitheater.  By the time it was discovered almost two-thirds of the site had been destroyed. 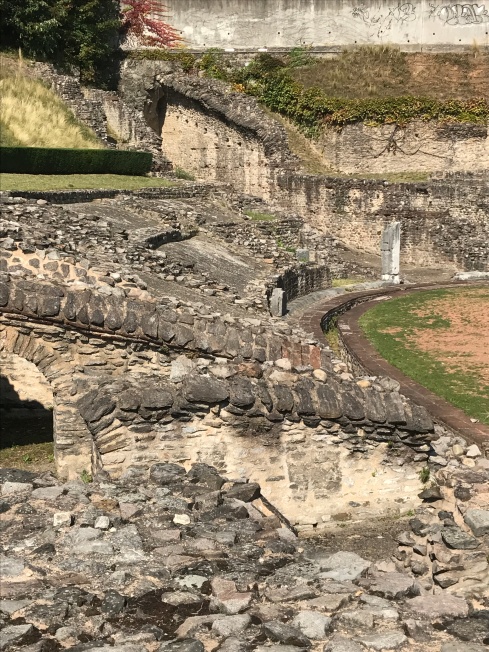 Can’t forget the lion fountains……..ok, so you only see one, but there were two lions  at the bottom of the stairs. 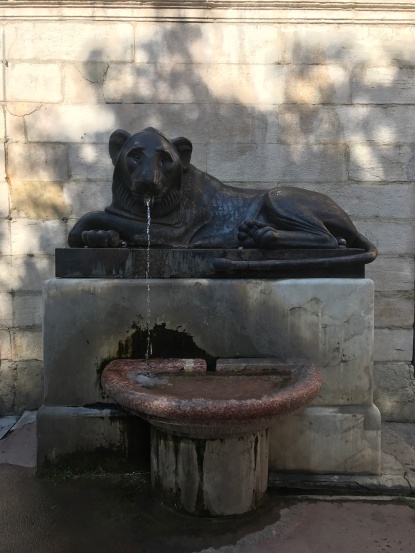 Our last stop was to enjoy some local cheese and dessert.  I enjoyed the cheese, not so much the dessert – it was not sweet at all.

During this walk we went through a ‘traboule’ with our guide pointing out that they are designated as such by having two numbers around the doorway.  Basically, it’s a short cut going through/between buildings instead of walking around the block.

When the tour was done, we did a few more sites on our own, visiting the Church of Notre Dame , which overlooks all of the city on a hilltop.  Going up there were several choices, walking many (many) steps or a ‘fourviere’ – we chose the fourviere.  🙂  We met a nice gentleman on top who I think wanted to practice his English as he immediately approached me when I was taking photos.  It gave Eric another opportunity to practice his French. 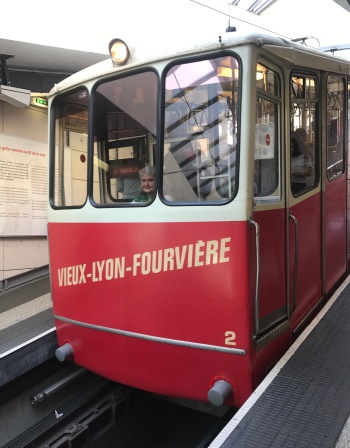 The French Resistance movement was important in Lyon and there was a museum dedicated to their efforts.  Visiting the museum leaves you with a better understanding of what was happening in France during the war.  It was sobering but also informative. 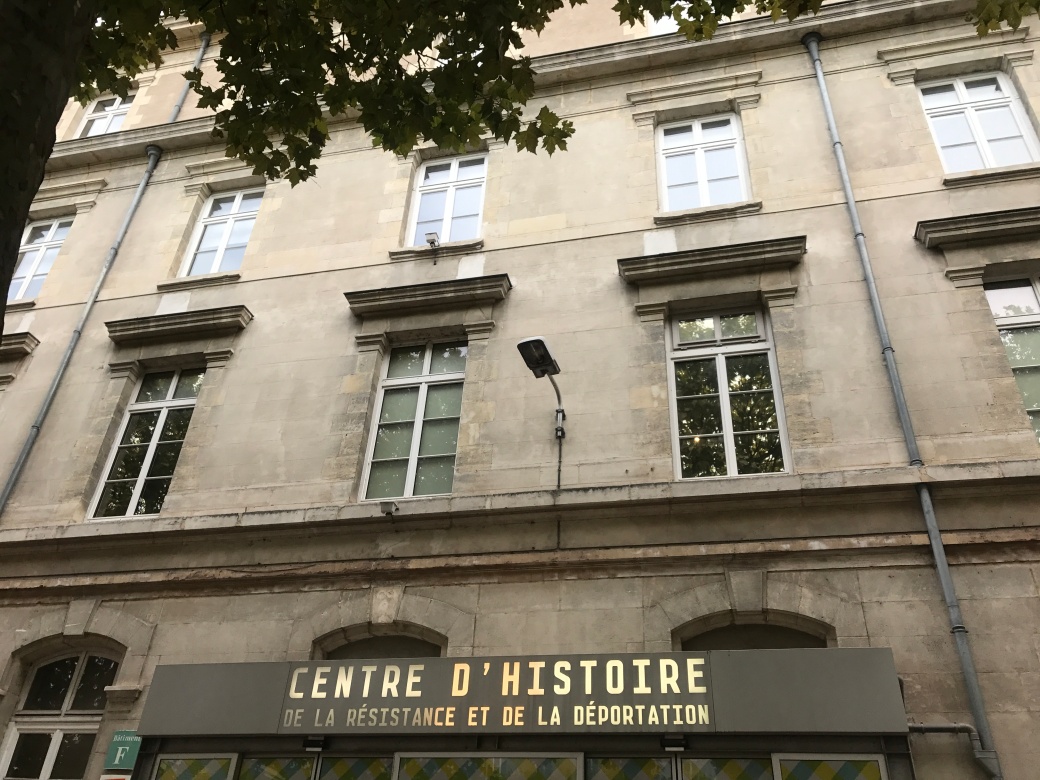 While art is usually situated in galleries, Lyon has several examples that are right under your feet – literally.  We were told by one of our earlier guides, that an artist creates these ‘mosiacs’ wherever the pavement needs patching.  This was part of a sidewalk where the concrete cracked & crumbled and instead of it being ‘patched with more concrete, voila you have art.

This same guide also pointed out the ‘record’ art on numerous buildings.  We were told that upon the death of his parents, this artist found a huge collection of their vinyl records.  He felt bad just throwing them away, so another medium for art was found.  Once we heard about this, we found numerous examples in the neighborhood around our flat – we had been walking past them all week. 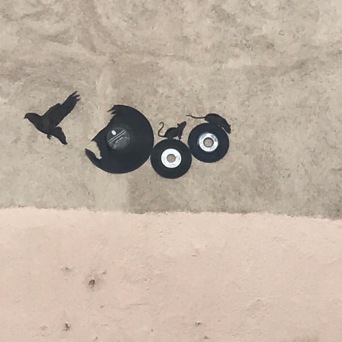 We really, really, really enjoyed our time in Lyon – we’ll be back, just not sure when.  At the beginning of my Lyon posts, I recorded that Lyon was a gastronomic capital (behind Paris) and it is a reputation well-deserved.

One thought on “The last of Lyon, for now.”