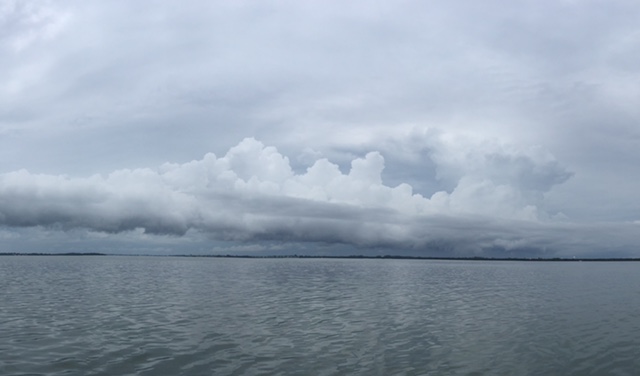 The rain has finally come to Florida – just in time for our beach vacation.  Doesn’t matter, we will still get some fishing in and hopefully catch something to eat.  We enjoy the time together, time away from work and the time to be near and/or on the water.

We motored the boat half an hour north of us heading towards Sarasota Bay this morning (sunday). 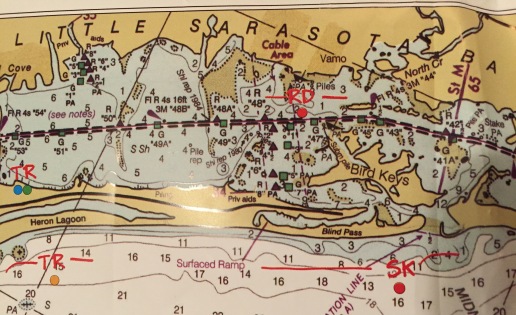 We had checked the weather and radar before leaving and while we knew we would get chased from this area eventually, we were able to get some fishing time in before leaving.  Unfortunately, we didn’t catch anything. 😦  This snapshot of the weather radar eventually convinced us to head back south before it came on shore. 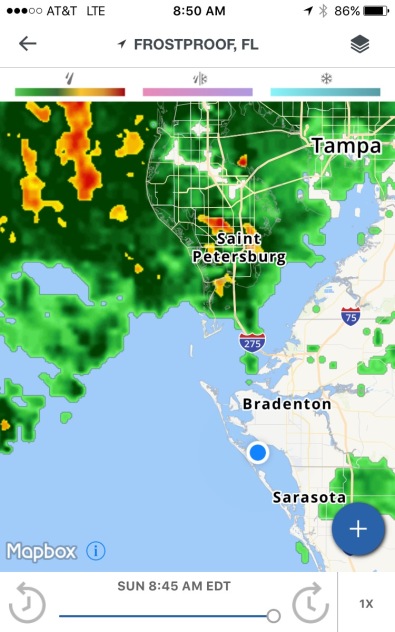 Going there we went out the nearby inlet and headed north in the Gulf since it wasn’t too rough.  Coming back we stayed in the intercostal waterway and scouted for trout fishing areas to hit later this week.  We found several that looked promising.

My breakfast bagel could only hold me so long and we were both getting hungry on the ride back.  Lunch was items that we picked up yesterday at a German market (Geiers).  Eric had heard about this place from friends and Disney chefs and he was VERY excited when we drove past it and after making a U-turn, we were there. 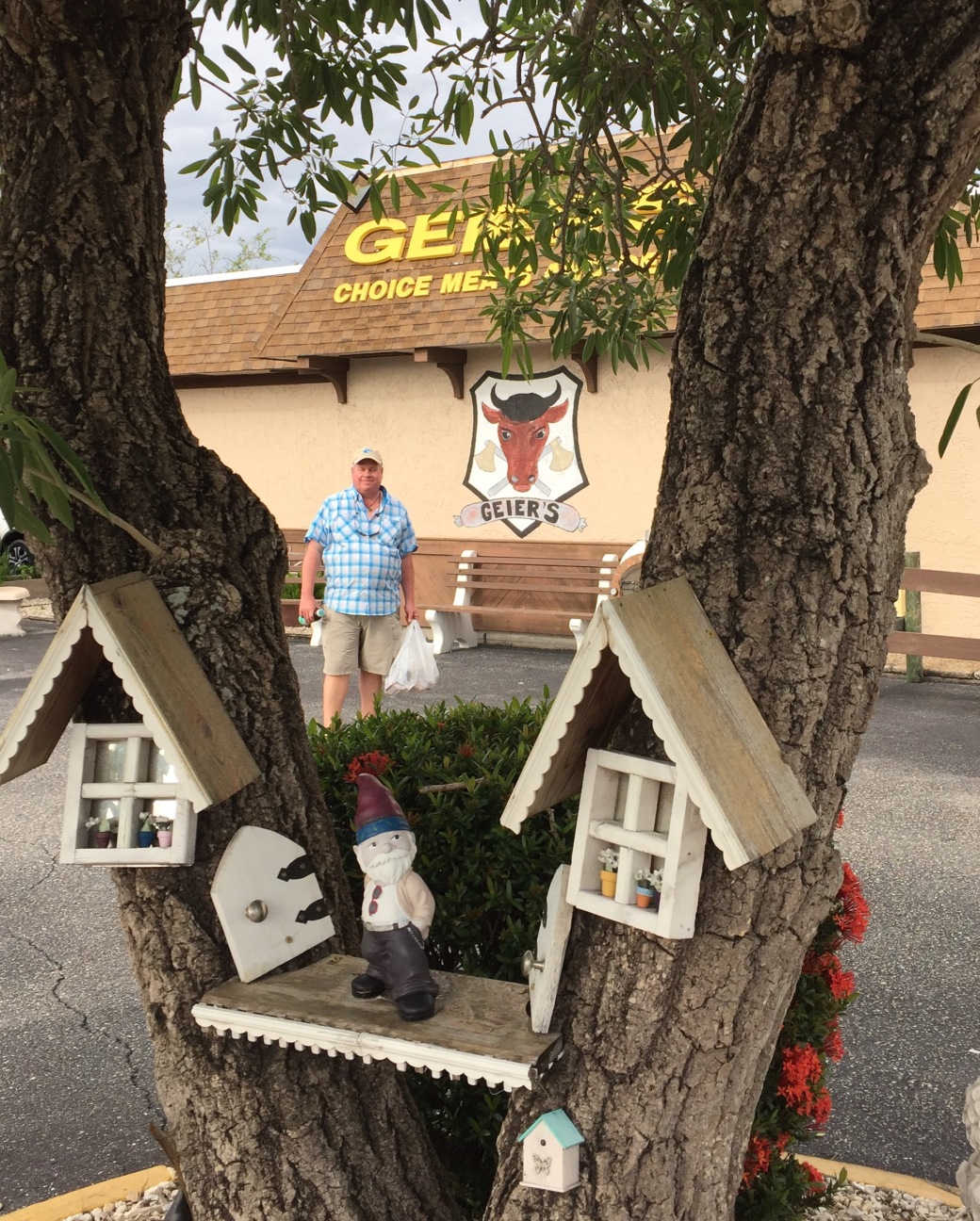 Items purchased included: bratwurst, frankfurters, sauerkraut, cucumber & dill salad, veal bologna, spicy bologna, goose liverwurst and German beer.  These turned into our lunch for today (not all of it and not the beer). 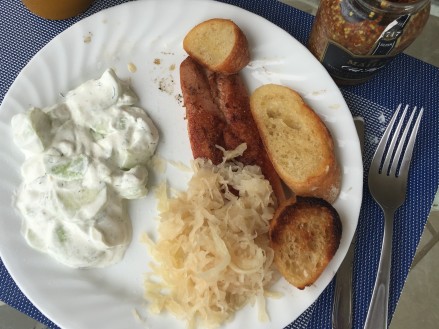 It was a lazy afternoon – after all, we are on vacation.  Eric napped while I read.  Later we did some exploring, checking out the jetty at the end of this key.  We made some stops, eventually ending up back at Publix for more groceries.  We passed by a fish market and while all of their fish looked fresh, we only came home with some smoked mullet fish dip. 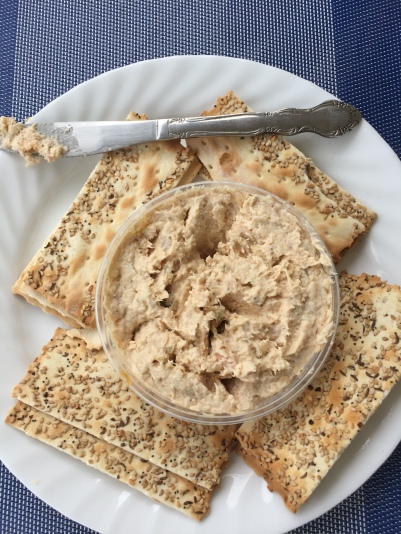 To end the day, we did some surf fishing with Eric rigging up this special deal.  While we both got bites on our respective rods, no fish were brought to the beach.  However, we did see many things right off the surf:  dolphins, tarpon and a manatee. 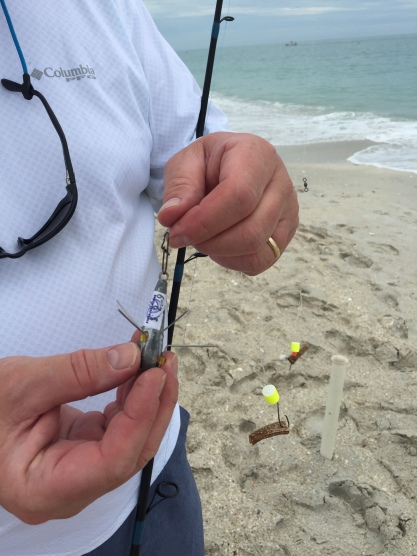 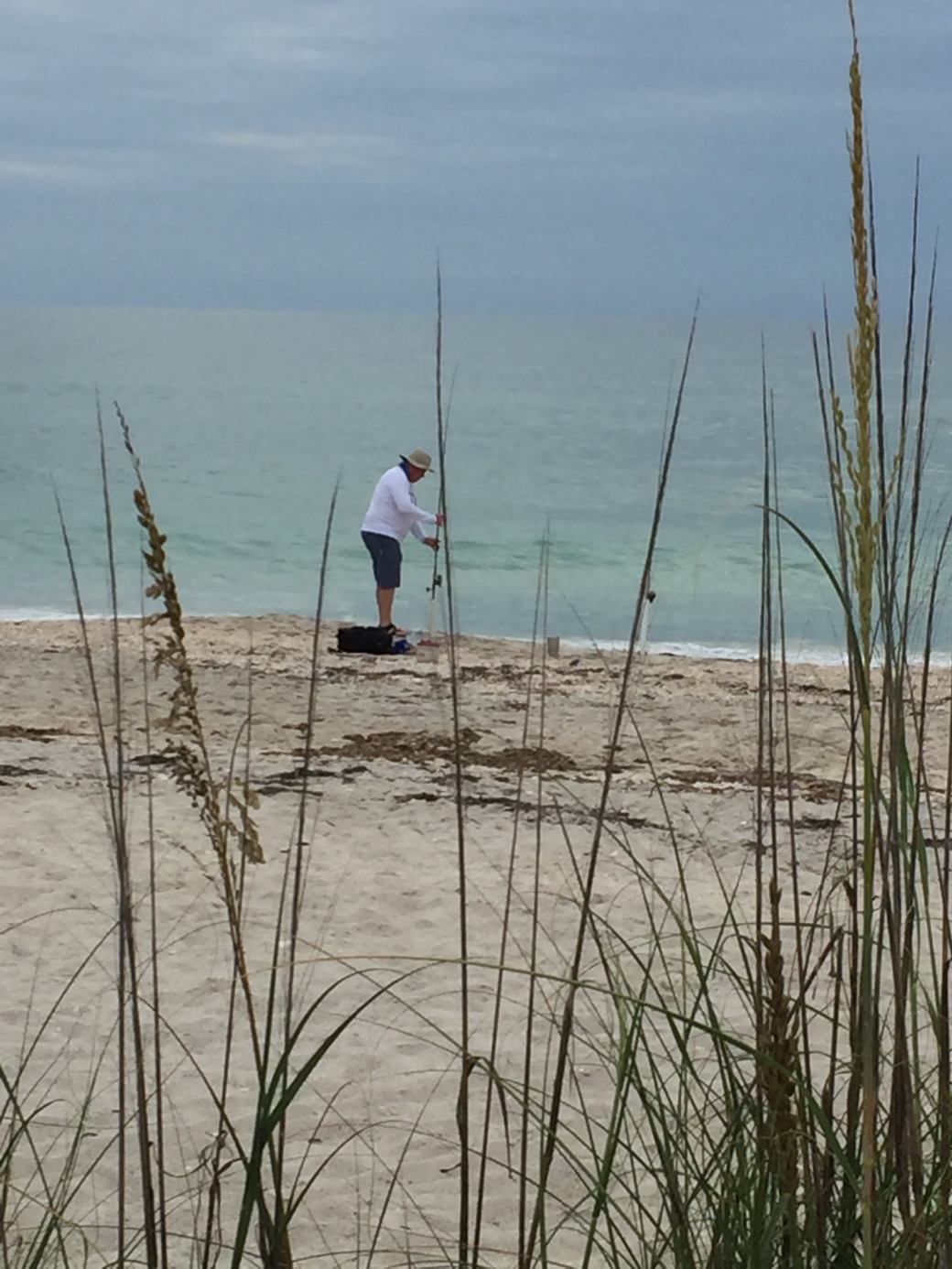 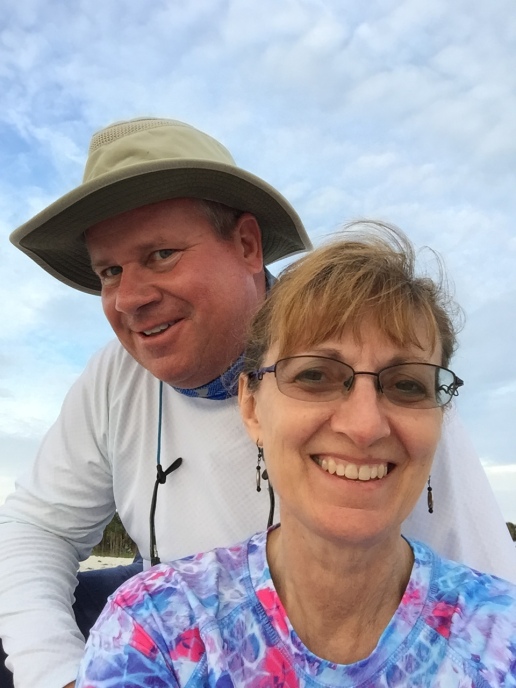 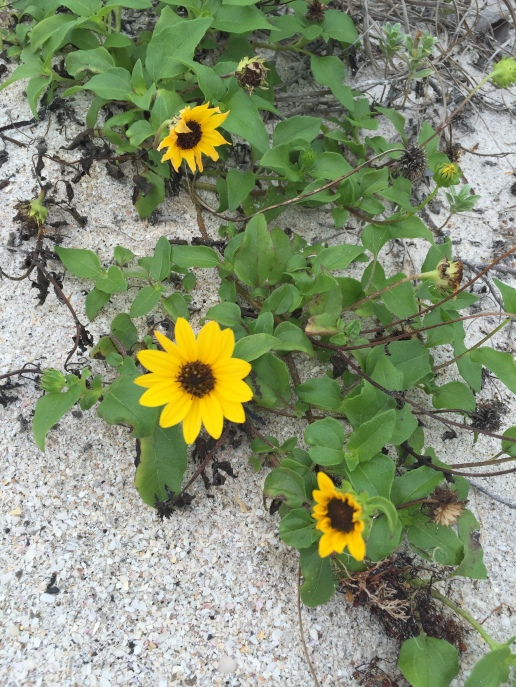