After work on Saturday I drove up to Ponte Vedra to have a long weekend with Karen – primarily to make jewelry.  The following week is the boys spring break and Rich & Connor drove down to The Keys for a Boy Scout scuba trip.  Hunter is staying with Karen.  Since I came up on Saturday evening, I got to see them before they left early (really early!) sunday morning.

Supper Saturday night was pepperoni pizza from Jonas.  Its one of two places they pick it up from and both places are good, but this one is closer.  🙂

While both of the boys were playing their favorite video games, Connor spent some quality time with me after eating supper, before we all headed to bed.  I was bushed.  For some reason, the previous night I woke up in the middle of the night and kept tossing and turning – thus losing sleep.  Connor was trying to explain his game (and it looked interesting), but my eyes kept closing.  I went upstairs to bed before 10 pm.  That night was the time change and I ended up sleeping over 9 hours.  I didn’t even hear Rich and Connor leave.

Rich has a Keurig coffee machine and I’ve been bringing up some Community Coffee K-cups so I don’t feel so guilty drinking multiple cups.  I like the convenience of K-cups, but they don’t give you the chance to make a stronger cup of coffee.  Unfortunately Community doesn’t have a coffee cup with chicory, but I’ll survive.  We’re taking it easy sunday morning and had lunch at Newks (my request).  Its a nice local restaurant that has sandwiches, soups and salads, but one of the sides is a portion of mac & cheese – delicious.  Hunter wasn’t exactly thrilled to be going, but he made do and was able to find something to eat.

We stopped at Publix on the way home to pick up a few ingredients for supper.  The last several weeks at home on Sundays……….I’ve been cooking. I told Eric that’s our new tradition.  He meets with his friends on sunday afternoons and they usually share food amongst themselves at their local hangout (Vineyards of the World) in downtown Clermont.  One of those weekends I made the most amazing lasagna. Eric doesn’t really like lasagna so he’s never cooked it for us at home.  I found a recipe using a small cast iron skillet and it was a perfect size for me and Beverly, and maybe some leftovers for work.  It was delicious!!!!  Even Eric said so.  🙂  He had a small taste when he got home.    I looked at several recipes and made a dish that suited my tastes.  So, when I knew I was going up to Ponte Vedra, I asked Karen if she would mind me making it again – she didn’t.  🙂  She made some garlic bread and we had a nice meal.  Hunter had leftover pizza – he was happy. 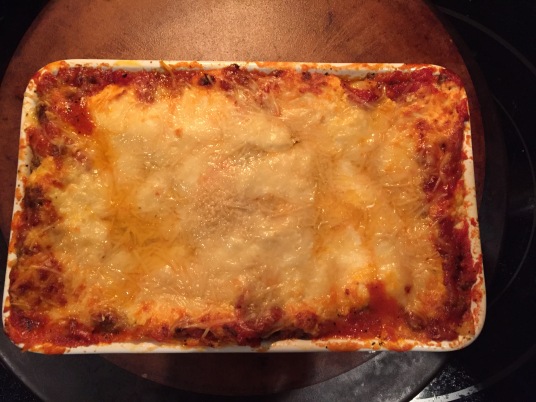 We did some preliminary work with jewelry on Sunday.  I brought things that I had made on earlier visits and really didn’t like and had not worn them.  I took them apart and incorporated some of the beads in new earrings.  I had also bought some beads and accessories on-line and at Michaels, so it was show & tell with Karen.  I need to keep better track of what I’ve got and purchase things that complement each other.

After dinner we watched a movie on Netflix – Enchanted.  It was a cute (Disney) movie and had a lot of hidden nuances and took shots at Disney.  I probably didn’t catch half of them, but it was nice and light-hearted.

Monday we got down to work with making jewelry.  I call Karen’s upstairs the ‘room of creativity’.  While I usually come home with a variety of pieces made (all earrings thus far). Karen spends more time helping me finish things and find ‘just the right bead’ for the earrings I’m making, she doesn’t get a lot of time to focus on her own things.  Below are some recent earrings made at Karen’s. 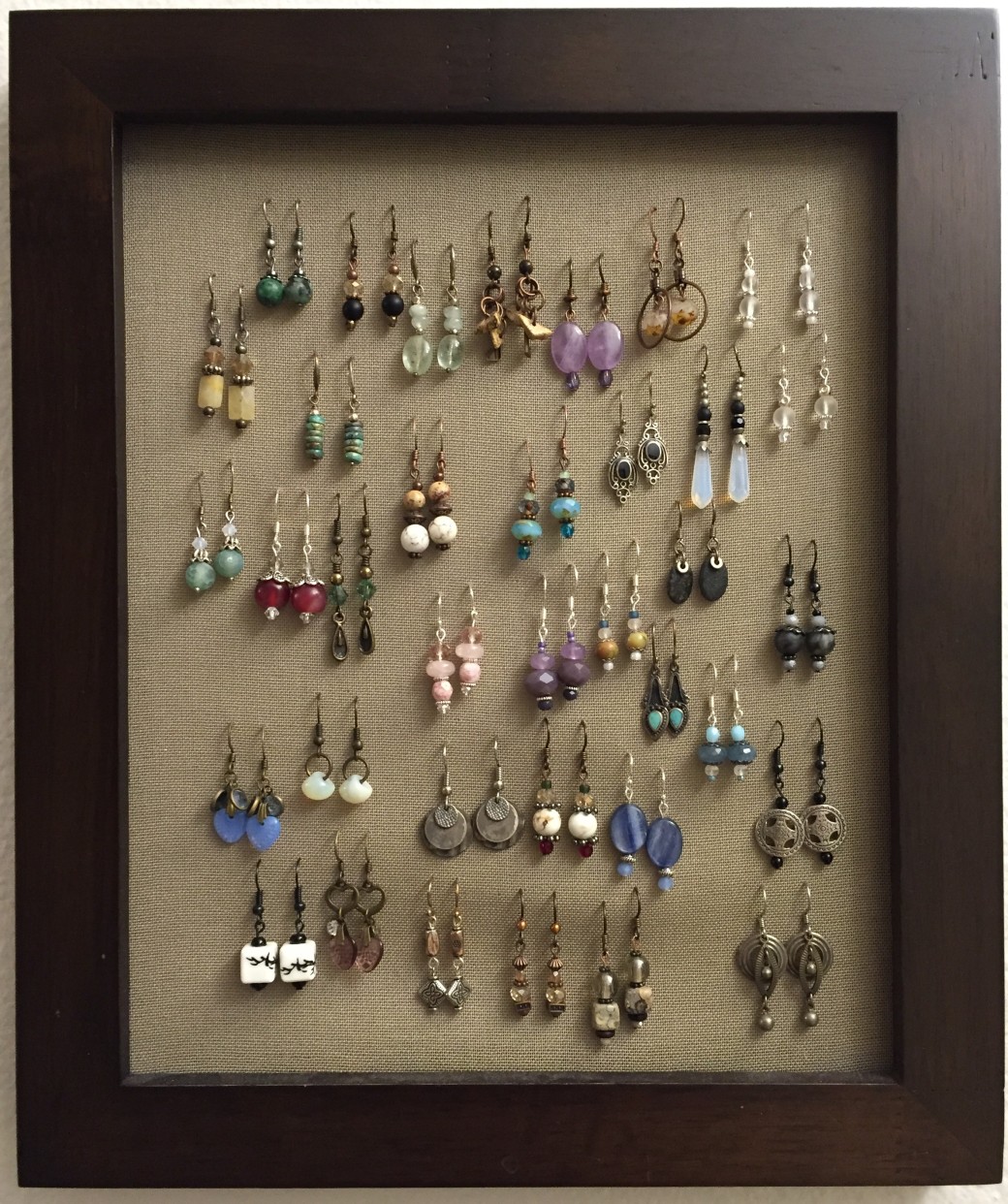 There are 8 pairs of earrings on the frame that I didn’t make, but they are some of the ones I wear frequently so I put them with the others to keep everything within easy reach.

Lunch on Monday was just Karen and I and we drove to a place that specializes in biscuits.  It was too much food!  The fried green tomatoes sounded good so I got them and it was enough to share amongst a family.  My biscuit sandwich had bacon and fried chicken.  It was big and tall and much too hard to pick up – had to use a fork to deconstruct it just to eat it.  We’ll be back again. 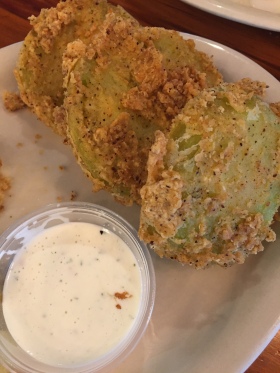 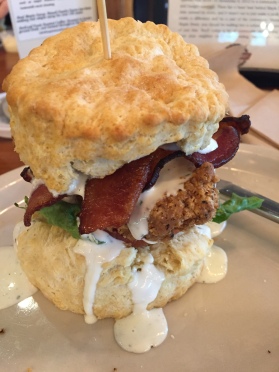 They had a dessert biscuit with raisons and icing.  I was too full to order one but Karen let me take a bite of hers.

It seemed so easy to take photos while I was in Shanghai but I have gotten out of the habit.  There were several places in this posting that I wanted a photo and didn’t take one to include.  However,  I can’t believe I was able to get Karen in a photo outside of the biscuit restaurant “Maple Street Biscuit Company”.  She is usually very elusive. 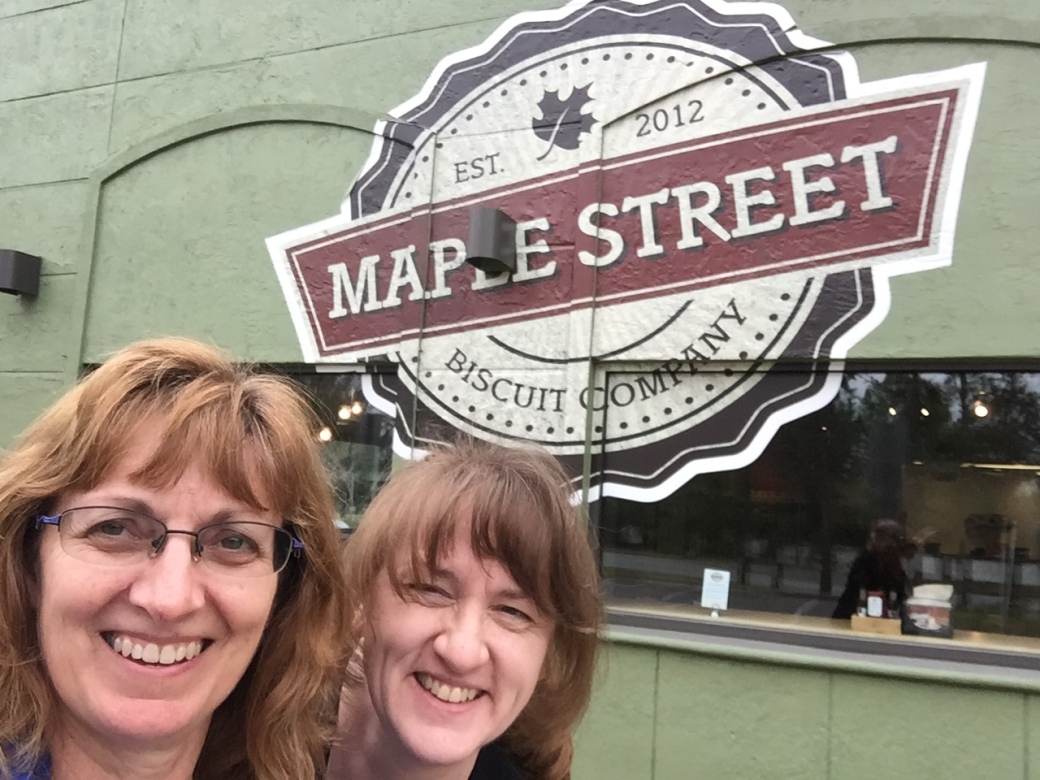 While at the restaurant, we met their vivacious manager in training and turns out that she was on the College Program at Disney last Fall.  In between customers she stopped by our table and shared her CP experiences.

I stayed until Tuesday afternoon.  We finished a few jewelry pieces that morning then drove over near their Publix to a place called ‘The Loop’ for burgers and fries.  AFterwards I packed up the truck to drive home.  I like to beat the rush hour traffic in Orlando and the goal is to be on the road from Ponte Vedra by 2pm.

Before my 6 months in Shanghai, I visited Karen’s by myself at least once and upon returning made several visits in last Fall.  I’ve got to keep planning these trips.  I think it’s good for both of us and I’m just sorry it took me 8+ years to figure that out.  We’re trying to plan jewelry weekends every two months or so.

One thought on “Girl’s weekend”