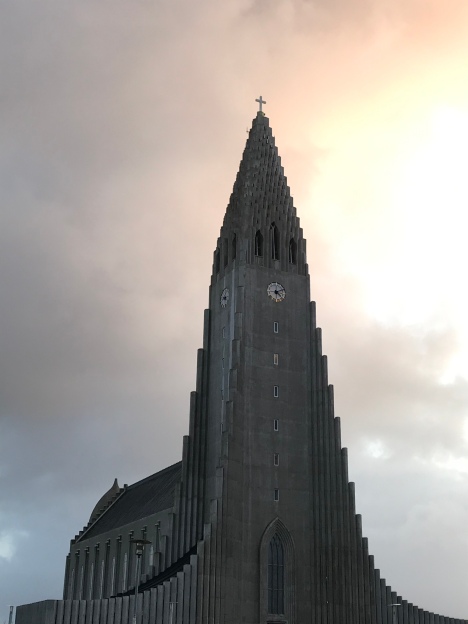 I’ve come to the realization that I hate to write (type) my last post for any trip.  It’s so final – the trip is done and that’s the last chapter in the book (yes, hence my blog post titles this time).  Maybe part of it is that coming back I’ve had to get back into the ‘work mind-set’, which seems to be harder these last several years.  😦

Regardless, I’m pushing through this and pulling together the final chapter of Iceland 2019.  Let’s start with Reykjavik.  We stayed here at the very beginning of our week before heading to Vik and spent our last several nights here before catching our flight.  Nothing is more fitting for a visit to this island than their (well-known) icon – Hallgrimskirkja. 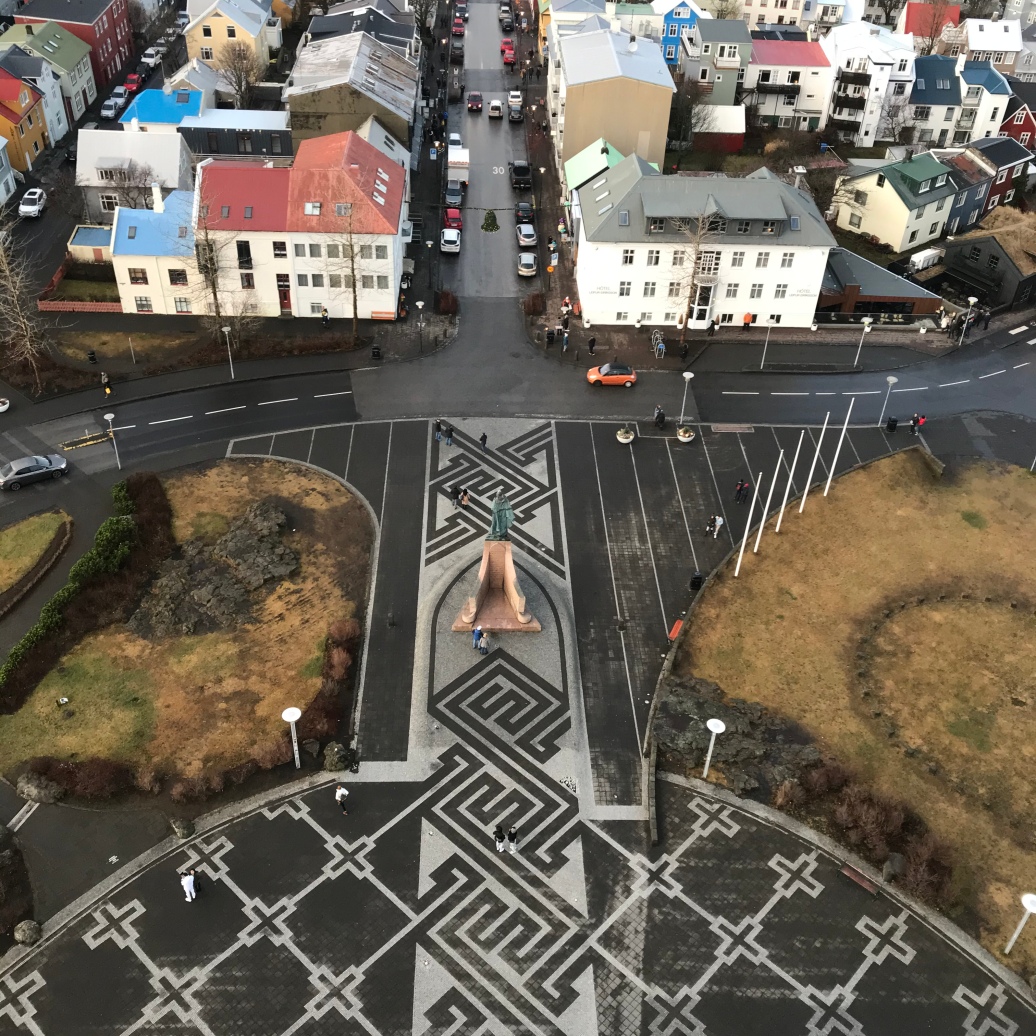 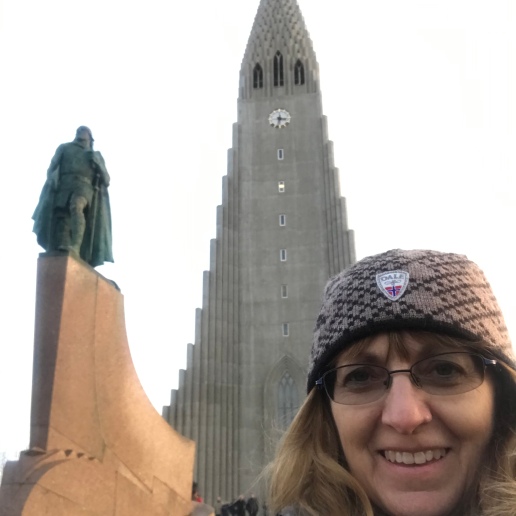 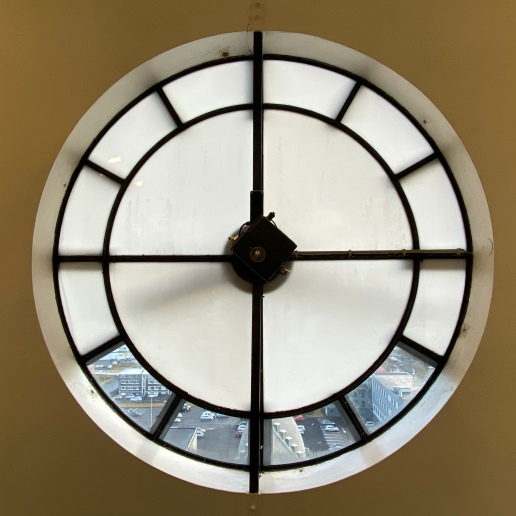 This time I got to the very top since the elevator rehab was complete, unlike in May.

After driving along the Southern coast, we spent our last several nights in Reykjavik.  Teams were putting this together earlier in the week, but we had no idea what it was.  Upon our return, it had been completed.   It is supposed to be huge, scary with blazing red eyes.   We learned the legend of the ‘Christmas Cat’.

It is among the best-known Icelandic Christmas creatures.  Legend has it, the Cat eats those who don’t get new clothes for Christmas (Oh, don’t forget the cat is humongous).  To avoid this, everyone needs to do their chores to receive a gift at Christmas, no matter how small or simple.

Since we’re on the topic of cats………..we did find this guy as we were walking through town.  He was definitely getting his share of attention, especially since someone had placed a wool blanket on the ledge.  He was almost as popular as the Christmas cat.  He does not look terrifying, just perturbed.

Yeah, I didn’t know how to make that transition flow smoothly.  We drove past this earlier in the week and when returning to Reykjavik we stopped for a quick photo.

HAD to google it (bra fence Iceland) and found this info.

Let’s talk ice- glacial ice.  Adrienne had some great photos she let me include.  I’m giving a shout-out to her sister.  Adrienne picked up photography tips from her through the years. 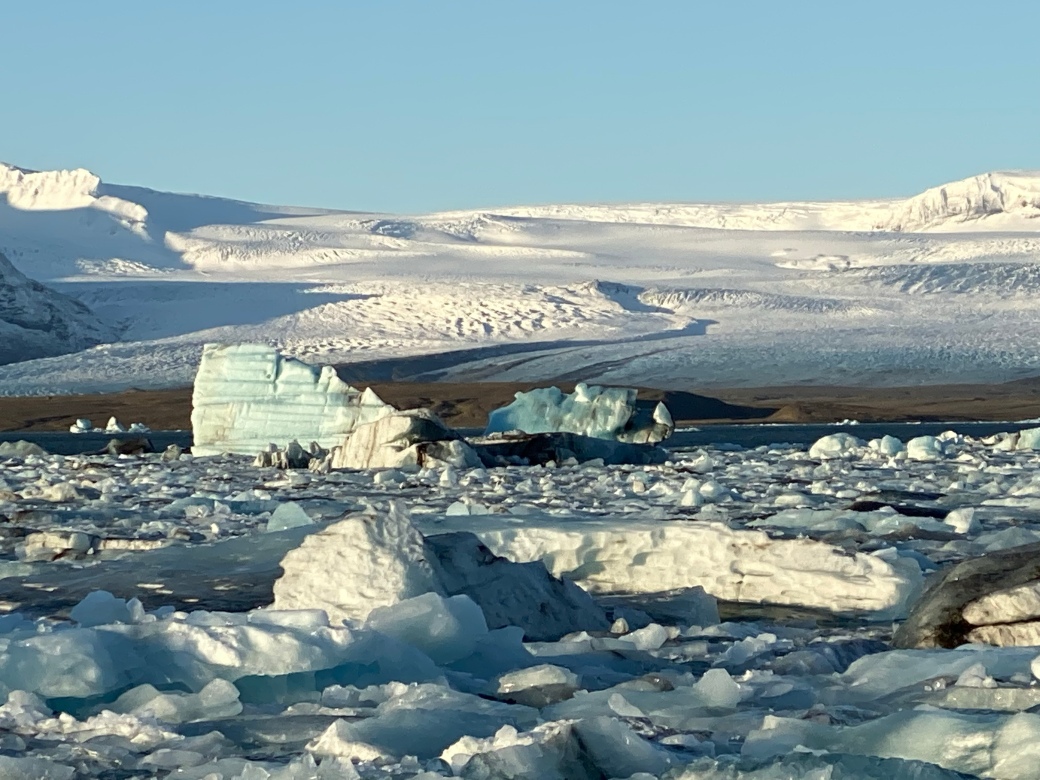 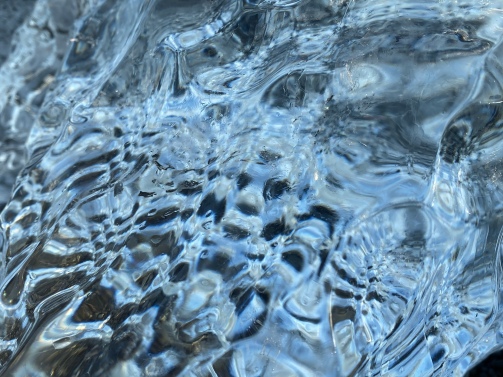 And was able to catch the ice water drip as they slowly dissolved. 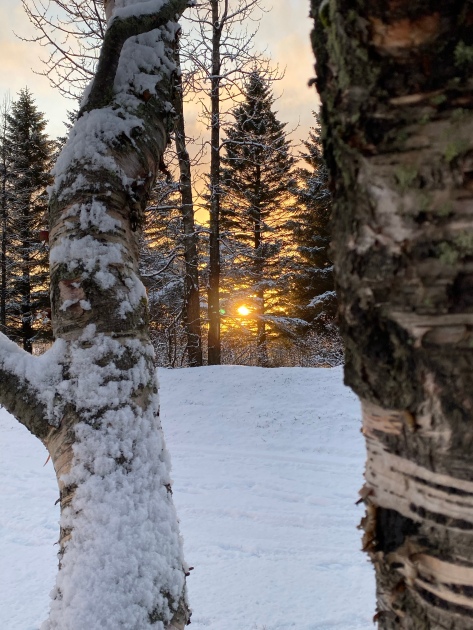 Adrienne has the new I-phone 11 which captured interesting photos at the black sand beach – sunset and moon rise. 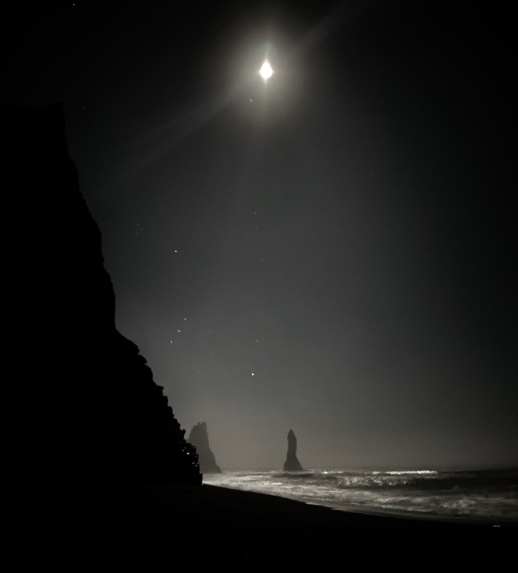 There’s a subject I’ve been holding until the last post – The Northern Lights.  There’s never a guarantee, some make multiple trips without every seeing them and I had no expectations that we would see them.  Our last night in Vik, walking back to our place, the sky had faint coloration that was not moonlight.  Yes, we were seeing The Northern Lights.

A number of years ago, I went parasailing and the company was called YELO – You Only Live Once.  Who would have guessed that I would find this along a deserted stretch of the ring road in Iceland.  I definitely believe that phrase – I’m not trying to be a ‘daredevil’ but experience interesting things along life’s journey.. 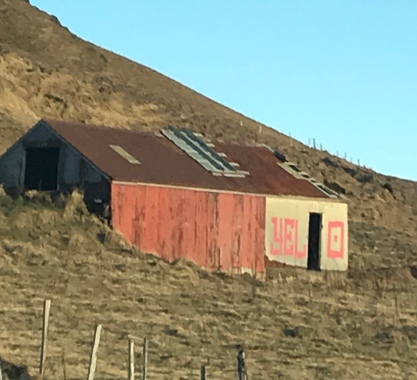 Okay, there you have it – the final Iceland post for my November 2019 trip.

The last photo I’m included is a smaller version spotted during my first trip.  We unknowingly walked past it our last night in Reykjavik.  I love to travel and squeeze in trips whenever possible – even if only a long weekend.  I don’t need more ‘stuff’ to remind me of my travels, but experience-gathering is my focus.  Don’t get me wrong, I still pick up an occasional souvenir, but I go more for something edible or wearable to remind me of moments I’ve experienced, thousands of miles away or nearby.

Goodbye Iceland for now, I will be back. 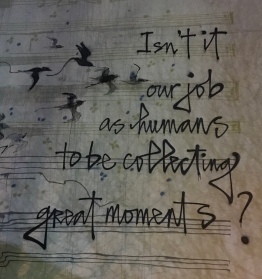