I heard about something new and different at Disney Springs this year for the holidays and one day after lunch, we checked it out.

It’s pretty cool, (undoubtedly) better at night, but also (undoubtedly) waaaaay more congested.   We chose to visit during the day.  Oh well, there had to be a compromise somewhere and this was it.

In an underutilized corner of an area formerly known as ‘Disney Village Marketplace’, a new Christmas themed area popped up.  A number of trees were creatively decorated using one of Disney’s character families.   As soon to be seen, they are excellent  photo spots for guests – selfies or otherwise.  Every tree had a themed backdrop along with themed ornaments.  Again – pretty  darn cool.  Here you go – lots of pretty pictures.

First tree seen along the trail was a ‘Parks’ tree – all four parks were represented.

Do you know their original names?  Answers are at the bottom.  🙂

Oops,  I concentrated on the Epcot ball and monorail and missed most of the other Park icons.  At least you can see the Magic Kingdom castle at the very top – sorry about that. 😦

I grouped the photos chronologically and indicated the year the movie, character or event debuted.  Two trees were dedicated to characters. 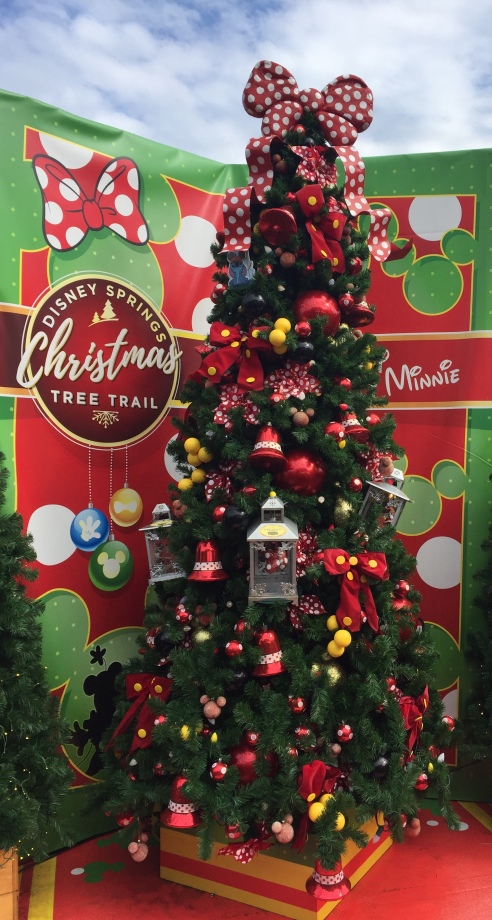 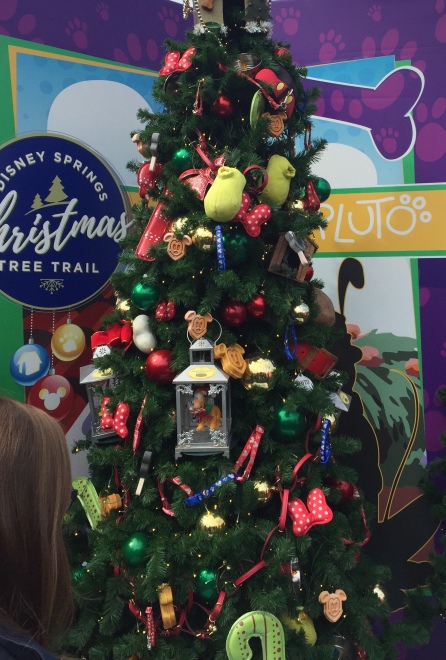 I didn’t know exactly where to place this one but research indicated that the Evil Queen in Snow White is generally acknowledged as the first Villain, so here it goes. 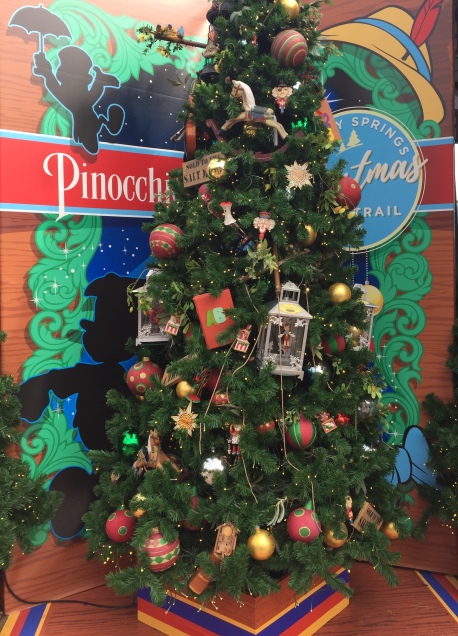 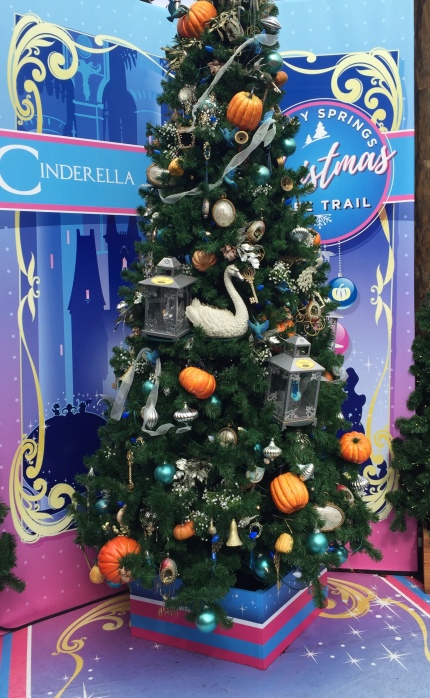 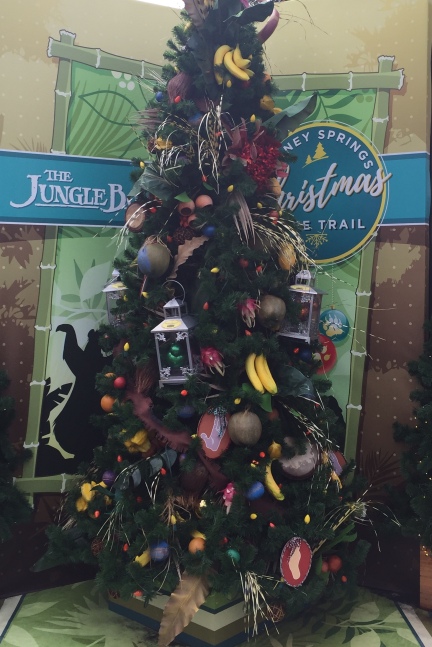 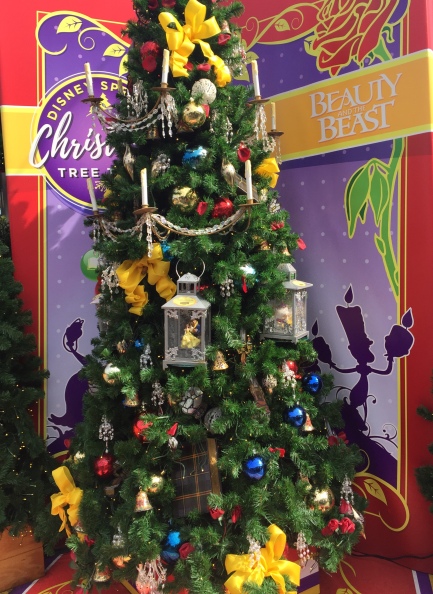 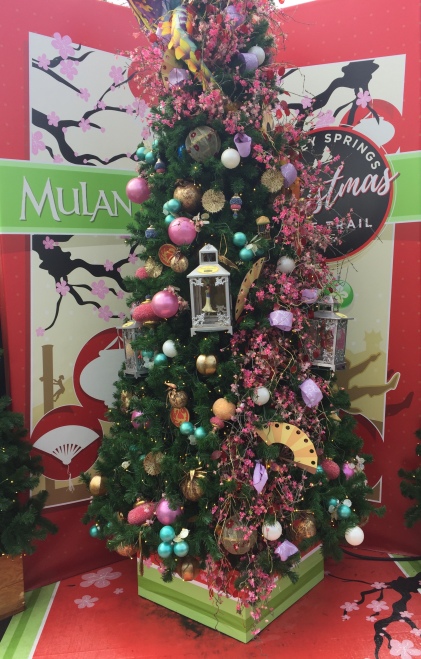 The Haunted Mansion – While the parks have had this attraction for years, a movie was made based on that and released in 2003. 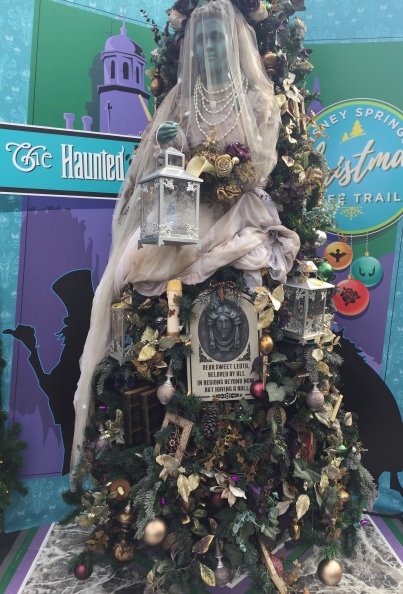 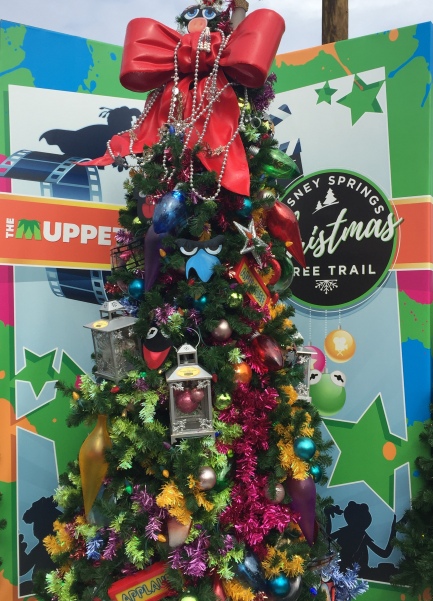 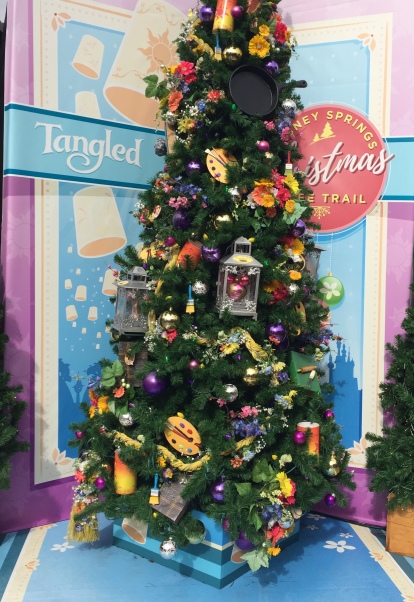 Star Wars – yes this movie was made much earlier (1977), however Disney purchased Lucasfilm in 2012.

Frozen – released 2013, like anyone could forget – just saying.  Who knew it would soar to its high popularity?  BTW – next Frozen film is being released November 2019. 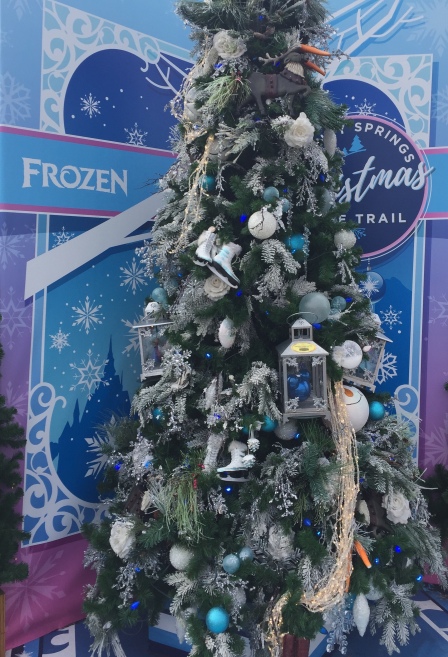 So yes, I thought these were pretty cool.  I’m sure they were really impressive at night when they were lit up, but we didn’t want to face the crowds and my photos wouldn’t have been so clear.  I only had one thought……we should be selling these larger than normal ornaments!  I guess it’s the retailer in me.  🙂

They have lots and lots and lots of opportunities to create new trees in coming years without any duplication.  Can we say ‘The Lion King’ (my favorite Disney movie)?  And all of the characters in the Marvel universe – just saying.