I was getting ready to write my annual Christmas letter, sketching out the basic topics and checking my facts through this year’s posts.  Then it hit me – why am I recreating essentially the same thing for a Christmas letter when it already exists electronically via this blog!  Work smarter, not harder.

Sooooooo, this year, I sent a note with the blog’s address, inviting those on my Christmas list to check out this site if they want to see what the Dardens were doing in 2018.  It would have been so easy to go out, buy cards and write the blog address inside, but I have these card-making  supplies – a craft that ebbs and wanes in the Darden house.  I’ve made a few birthday cards and gift tags but the most use comes at Christmas when I create tags for Christmas gifts.  Now was the time to get them out and put them to use!

After a bit of trial & error and checking my collection of Pinterest photos and digging through (somewhat) organized supplies and finding some graphics on-line……………..I got a design I was happy with.  Oops, no photo of the back side.  That’s where the blog address is listed and a short message from us.

I may gain a few new followers (or not) and while some might consider making tags a chore, it was an easy way to wind down after a long day at work.  I had an assembly line going and worked in stages, completing them over a few nights.

So, here we are.  There will probably be another Christmas post, but since I mailed out the cards, I thought I better explain why people on my Christmas list got a blog address.

Let’s start at home.  We try to go for simple and classic.  My goal this year was to spend no money on decorations:  recycle, re-use and re-imagine (kind of like what I did with the tags  🙂 ).  Eric was responsible for the lights outside and I generally work inside.   He starts with lighting up the bushes.

Followed by hanging this garland around our front door.  I’ve got to share………we had this at our first house in downtown Orlando, so it has to be almost 20 years old – shockingly the lights still work and yep, that’s the original light strand.

Over the past weekend, I added this pine swag, since the wreath I normally hang, finally bit the dust and was retired.  We don’t have any pine trees in our yard so we had to go on a reconnaissance mission around the neighborhood and find some pine trees.  We were successful!  Looks like it needs a little ‘bling’ – probably a project for next weekend.

In the past we always purchased poinsettias, but this time a velvet bow around existing potted plants sufficed (remember: recycle, re-use and re-imagine is my theme this year).  Another fun fact………we have two of these pots and they were wedding presents, almost 25 years ago.  The green patina on the pot is real.  🙂

I wanted to add a touch of whimsy, so the rabbit was decked out with a velvet bow.

The last piece I layered in was this stack of three logs.  Everybody comments about them, I can’t believe it – so simple.  They cost nothing – unless you count Eric’s sweat a few months ago as he cut up the branch when he ‘played’ with his chainsaw.

Inside, we have a few trees, the first being my Grinch xmas.  I love the Grinch story and watched it every year growing up (and down here as an adult 🙂 ).  It wasn’t Christmas unless I saw the Grinch – then I bought the dvd so I can see it whenever I wanted (and now it can be streamed, ha!).  I have a small collection of Grinch plush and was just given the sign a few weeks ago – thanks Karen.  🙂

Another tree has turned into my ‘country’ tree.  And while it’s not a popular decorating theme, it’s what I grew up with.  Many of the ornaments were hand-made and it remains a collective from my past.

The last item of note is the paper chain.  A number of years ago, our young godchildren lived nearby and this was their contribution to the Christmas tree.  It was going to be a rough Christmas due to personal circumstances and decorating was not high on my list.   On December 24, Eric stopped by Home Depot to find a tree. He ended up getting it free since it was so late and the worker couldn’t believe he was there.  Our friends came over, strung popcorn into garlands, we cut cards and hung them on branches while the boys put together this paper chain from printer paper.  This was the only paper we could find around the house and it worked.

Our main tree sits in the library and has evolved into a small section of the original 9′ tree.  I like to think of it as ‘vintage’.  We (and by that I mean Eric) has to string lights around the tree, connect several strands together and find an extension cord to plug them in.  Every year he says we are going to buy a new one that is pre-lit.  And, we haven’t.  We place it on top of a nearby table.  Here’s my aunt posing for a photo.

Our black cat (seen in the last post in her ‘new’ chair) likes to climb – always has.  We have to strap the tree stand to the table and in years past had guide wires securing it to the bookcases behind it so it wouldn’t fall down.  We would come home and see her peeking out at us between the branches.  Aarrgghh!  Not only that, she’s no small kitty and the wire branches would be bent at an odd angle under her weight.  Most ornaments put on the tree now are break-proof or wired to a branch – which is a pain to do.   She still climbs it when she wants our attention.  She looks so innocent here  – not.

It’s not Christmas without baking cookies.  Yes, I should have made them from scratch, but I read about this mix, found it at our Lucky’s Grocery Market and baked them.  The selling point was no artificial ingredients or corn syrup.  OMG times 3!   They were excellent.  Eric does not like sweets and he keeps stealing them from the plate.  There won’t be any left for Santa – just saying.

No post from me would be complete without a few Disney Christmas photos and mine are mostly plant-based, found at Epcot.  Are there better photos, probably so, but here are a few quick shots.

The main entrance has Mickey and friends. 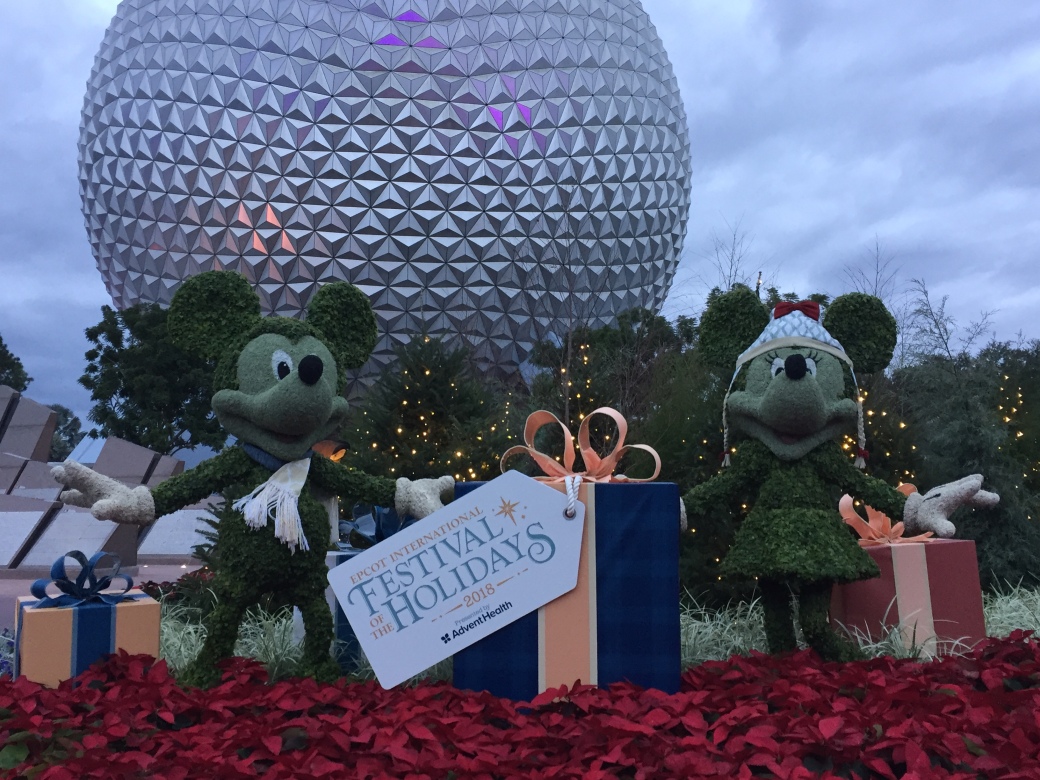 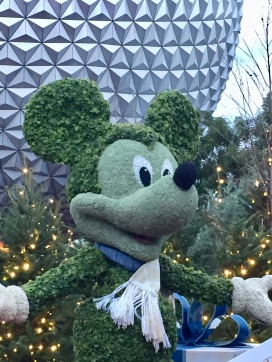 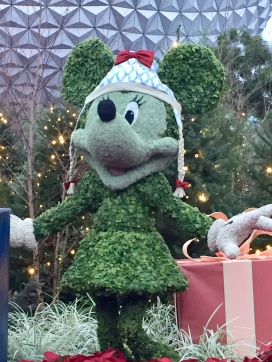 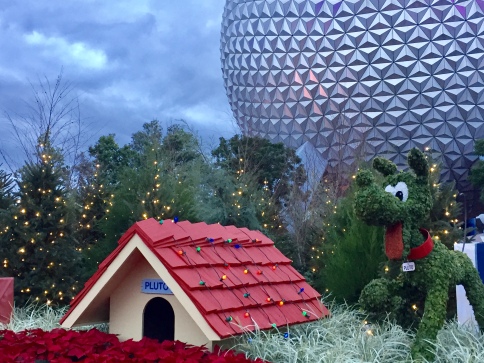 The back side has a few more Disney characters. 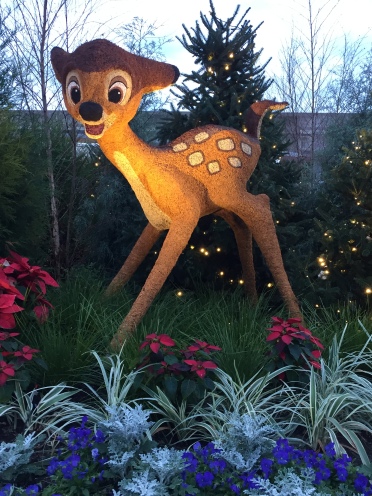 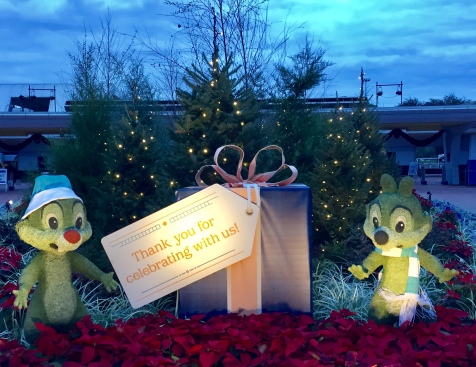 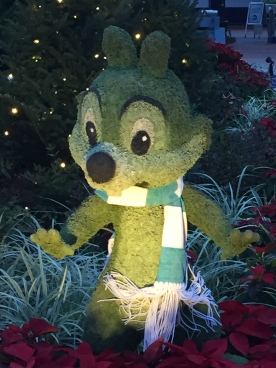 A little further inside the Park you can find more of the gang and they are followed by the snowman. 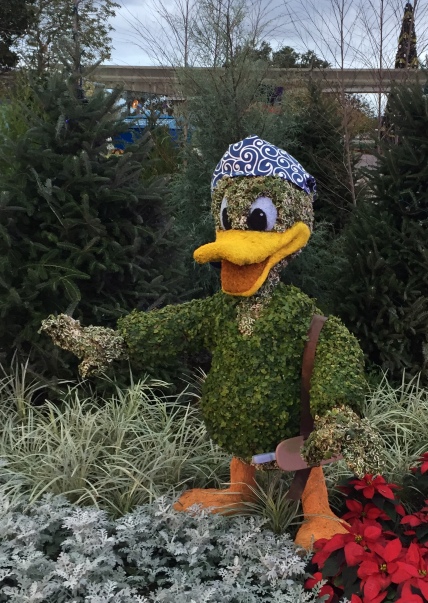 Even something as simple as a round, ball topiary turns into something special at Christmas. 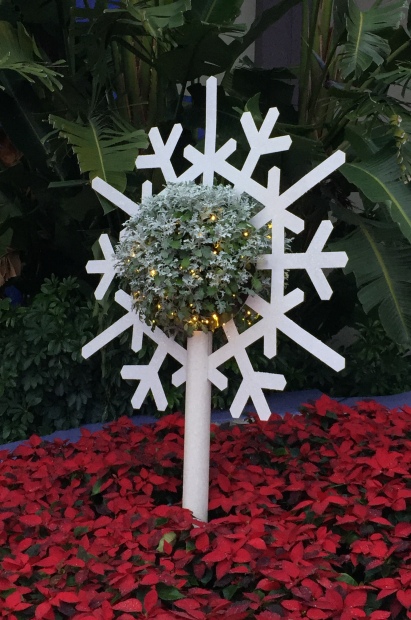 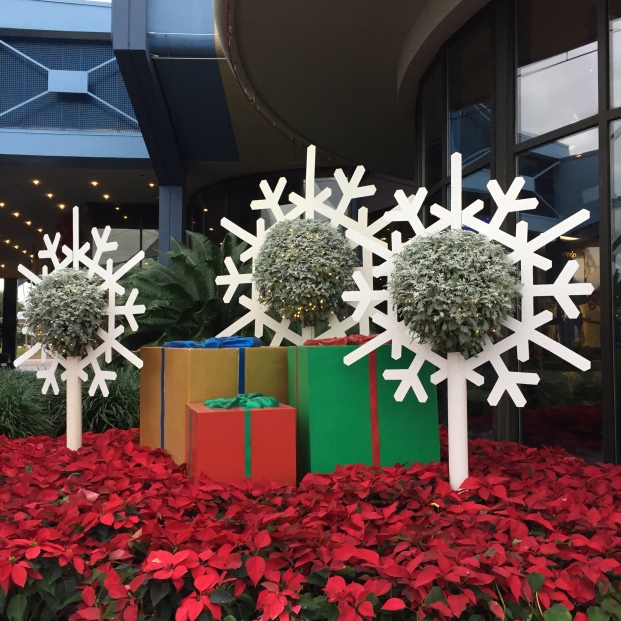 The Epcot tree is the centerpiece where World Showcase meets Future World.

Some friends sent photos from Shanghai Disney, so I’m passing them along. 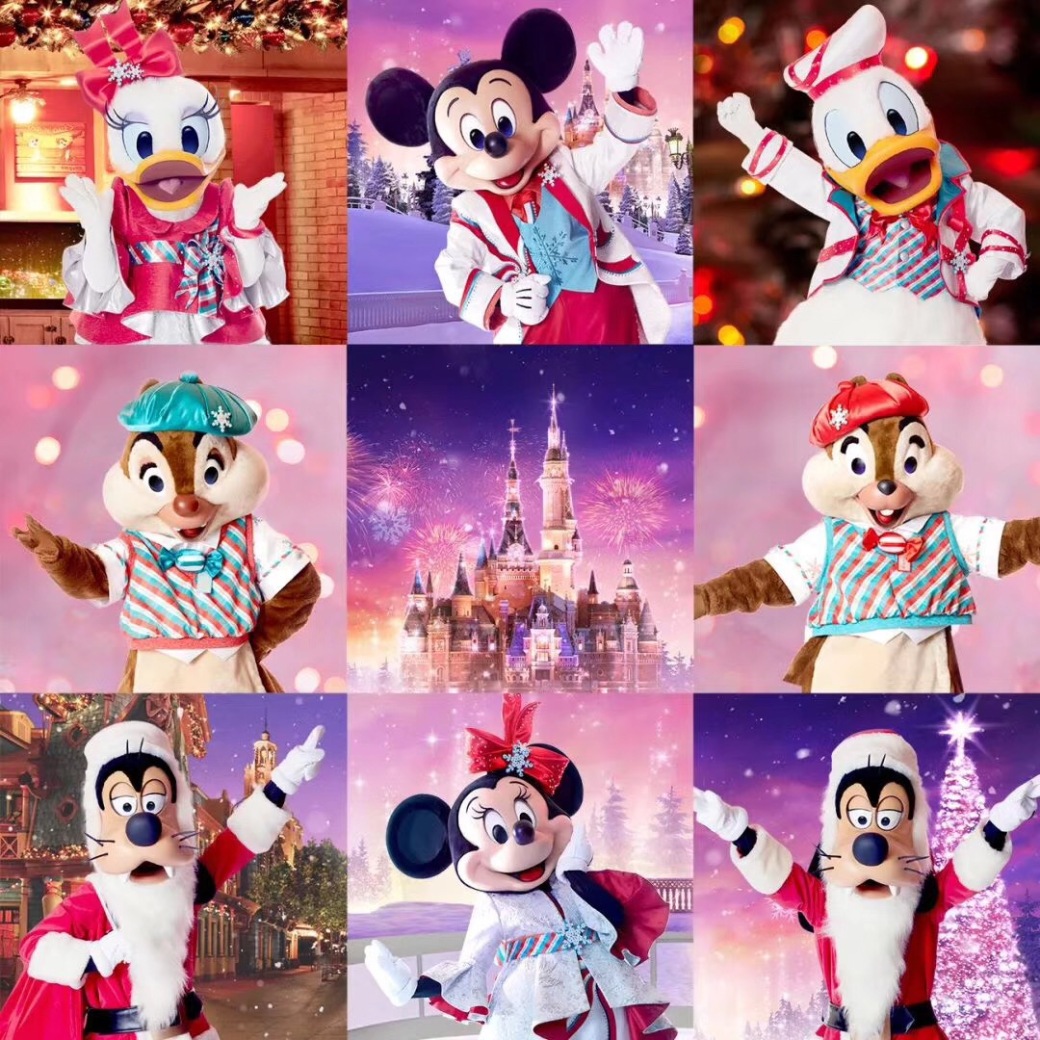 And this one from Disneyland, CA. 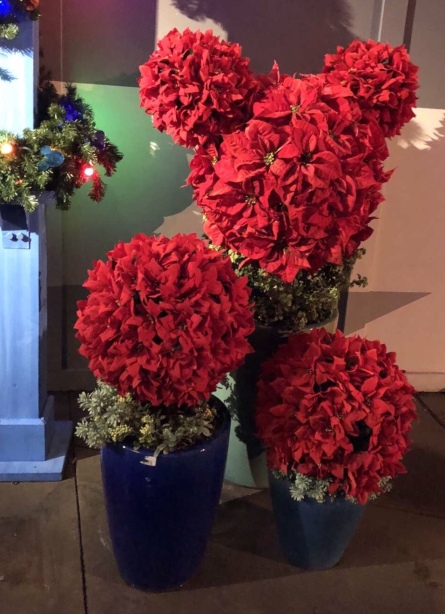 And a fitting end to this post – Magic Kingdom’s castle.

One thought on “Merry Christmas – a bit early”