A friend of mine had the opportunity to transfer from Disneyland CA to Walt Disney World, Orlando FL and I’m her driving and/or her riding partner.

I met Adrienne during my 6 months in Shanghai, when we opened up Disney’s latest park.  Since our return, she has made several trips to Orlando – business and pleasure – but now she’s coming to Florida for good (or at least a long time) 🙂

Eric booked my flights, which required a stopover in Atlanta.  I worked before we headed to the airport.  We allowed plenty of time, but seeing traffic coming to a standstill and then finally noticing there was no traffic from the other direction, gave both of us a moment of concern.  We were coming up to the turnpike exit, made the decision to find a better way, navigated through the 3 lanes of traffic and once again we were speeding along.

Eric did something amazing for my one way flight…..booked first class!  Having ‘Sky Priority’ to drop off my bag was a total dream.  Walking into the airport there were lines everywhere, except in the Sky Priority line, there was no one.  Already I’m in love with first class.

I was one of the first to board and sitting in my seat was a pillow, blanket and bottled water.  I took advantage of a perk and ordered a glass of white wine during the pre-boarding process. 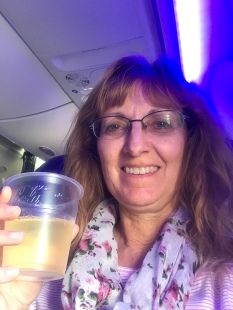 My flight to Atlanta was uneventful.  After landing I was confused when looking on the departure boards to confirm my next gate, since I assumed I was looking for the destination as Los Angeles. Nope, not my flight. I had been told the airports’ name was John Wayne, but I couldn’t find that either.  I finally had to stop at a Delta Airlines help desk and the destination is called ‘Orange County, CA’ – who knew?

Boarding was quick and with being a longer flight, a meal was served: chicken orzo salad. The meal it self was unremarkable, but given a cloth to cover my tray table was a definite step up from being in coach (along with real China and silverware).

Flying at night is interesting as long as clouds are absent.  Here was the view of Orange County as we were landing

Adrienne was waiting at baggage and mine was one of the first that hit the carousel.   We stayed up late talking and had little time to spare before the movers were due to arrive the next morning, therefore breakfast was a trip to Starbucks.   Adrienne had packed a good deal of her items so they primarily had to wrap her furniture and box the few odd-shaped things (lamps, weights, frames).

They were an efficient team of two (Shane & Jose). 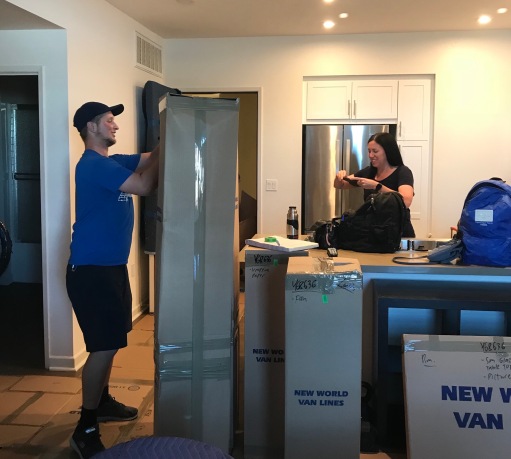 Everything went smoothly, but I couldn’t  sit (stand) around and just watch. 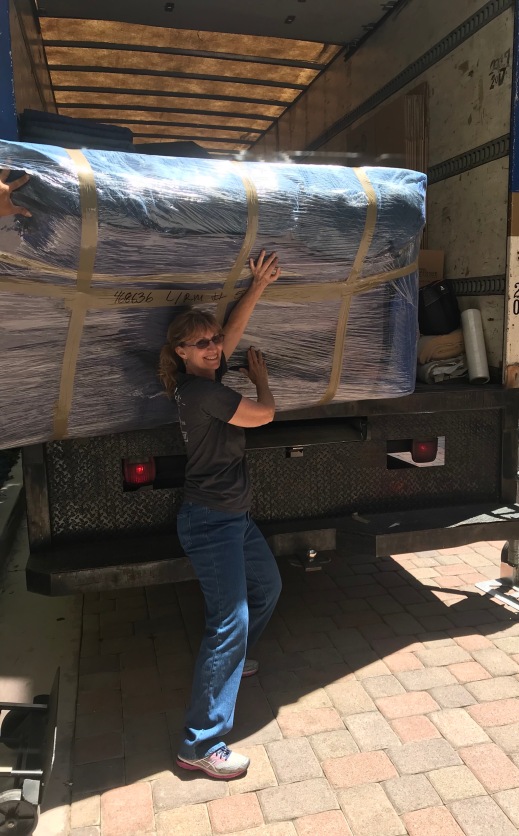 After 4 hours work, we went from an empty truck to one that was ready to roll. 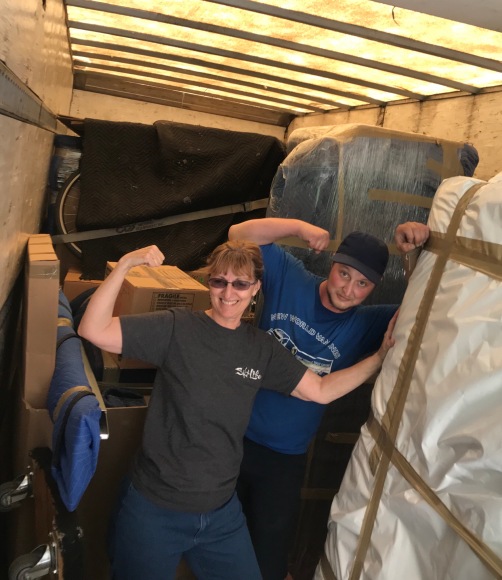 I’m sending Adrienne my bill once we get home – just saying.

It was time for lunch and I’ve worked up an appetite.  We walked down the street to Karl Strauss.

Naturally, I had to get in the spirit, so Adrienne helped order me a beer.  Maybe by the time we get to Florida, I will know what to order myself! 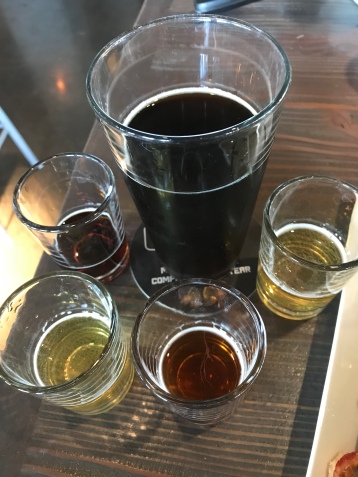 We started with pretzel bites, cooked in duck fat – very yummy.  I ordered shrimp tacos for my meal. 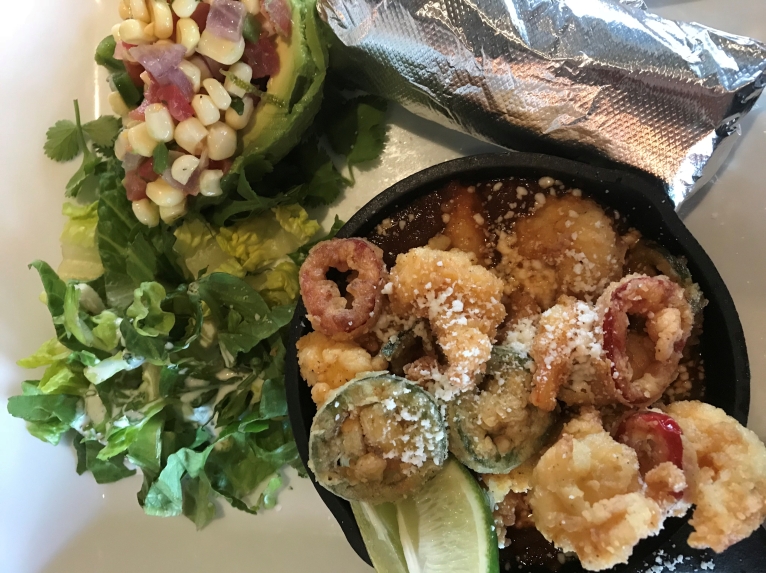 It was a fitting end to a day moving out of an apartment.  Adrienne had a few errands to complete before leaving the city, then we were headed to her parents house in Chino, CA.  We’re spending the night before meeting her sister on Sunday for brunch.  Dinner was at a local Italian restaurant.  My body was still on Florida time, so I headed to bed 8pm CA time.  This was a great start for a cross-country adventure.