We headed over Monday morning to Crystal River, launching the boat at Pete’s Pier.  The boat ramp definitely looks a lot different than last week, mostly because schools have started AND we are going on a weekday.

Since Eric drove, he backed the boat down the ramp before I took over and he got on the boat and got it off the trailer. 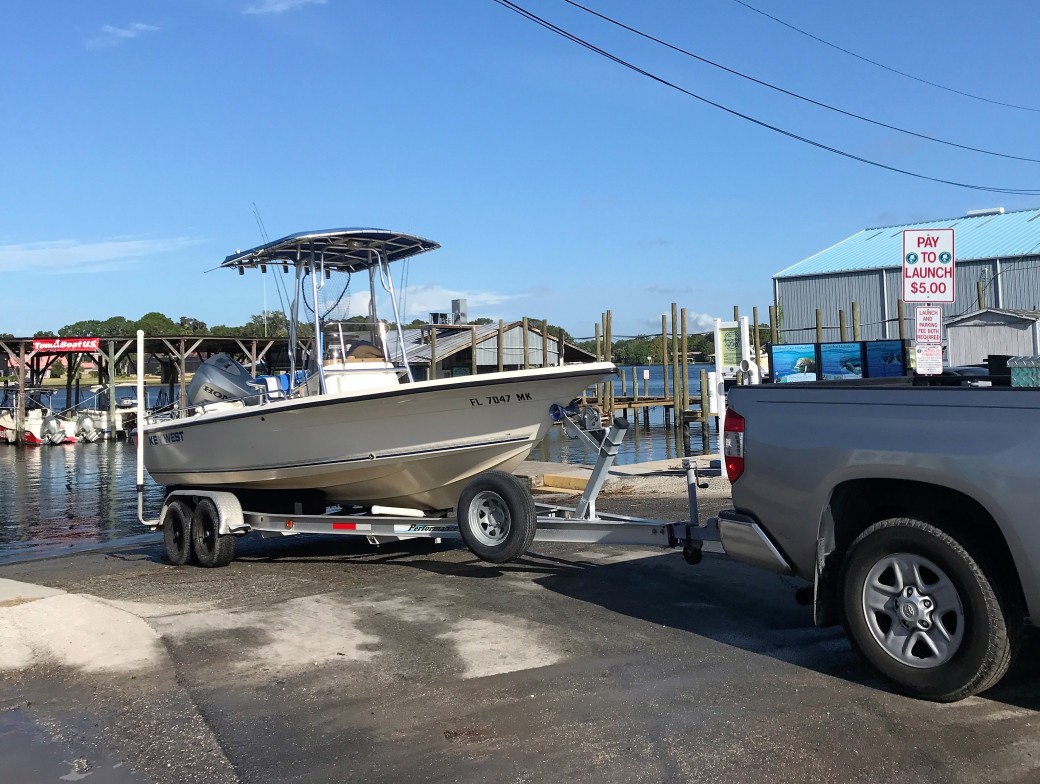 Hmmmmm, seems like he’s taking up both lanes of the ramp – just saying.

The tides seem perfect for fishing in the morning and scalloping early afternoon.  The tide should start coming in around 9am with high tide being at 2pm.  It definitely was low as seen at this slow motor zone.  It would have been tricky to get a kayak up some of the creeks.

Of course it was much different when we returned – high tide.  I didn’t get the photo at the exact same spot, but close. 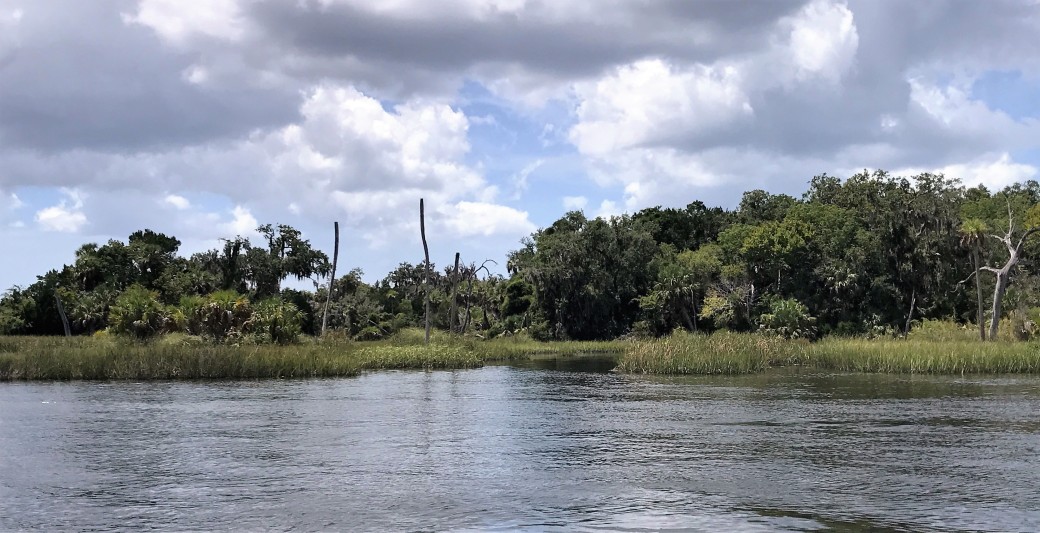 There is a new bait boat at the last slow zone before heading out the channel.  This one seems to have some permanence since they have a holding tank on the shore. 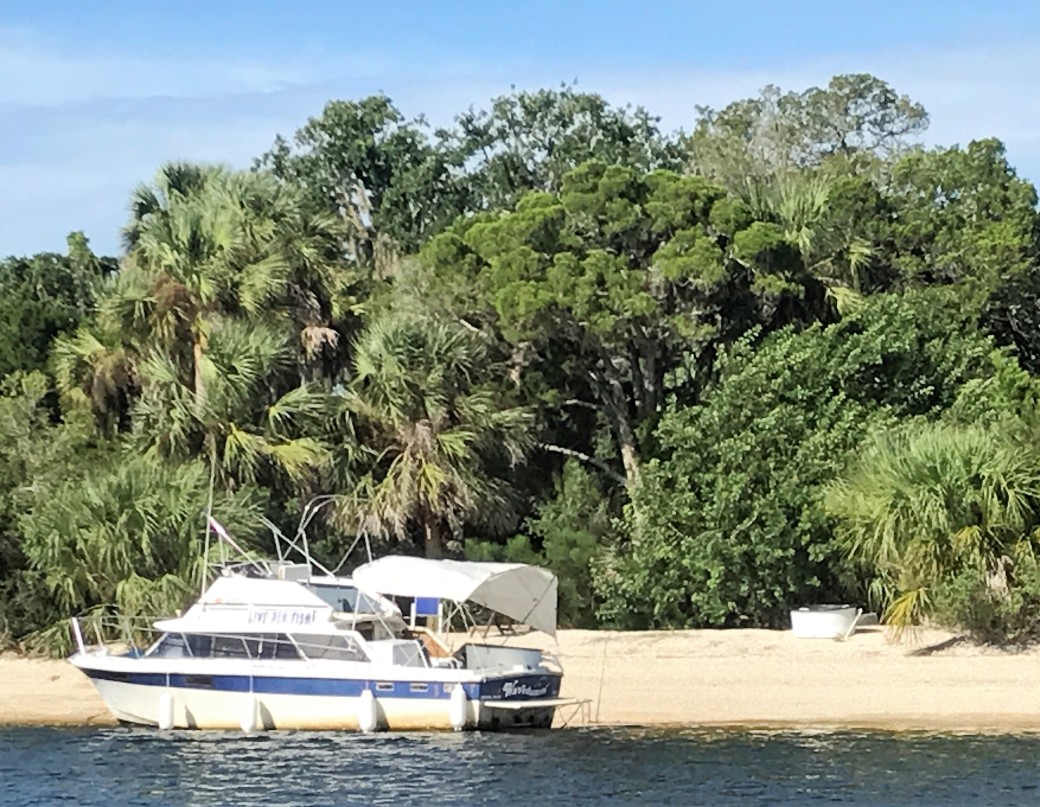 I can’t believe the FWC allows it – maybe they haven’t seen it just yet. Ha!

The morning was busy catching Jack Crevalle fish – lots and lots.  They’re fun to catch since they pull hard, pull out the drag and are a good fight…………………but not really good eating.  Eric kept one during our fishing trip in June and cooked it – not something that needs to be repeated.  It was edible, but not really ‘eat-able’.  Why waste the energy and the calories.  I stopped counting the Jacks that I caught, once I got up to 10.  Eric caught a fairly big one and it was a photo moment. 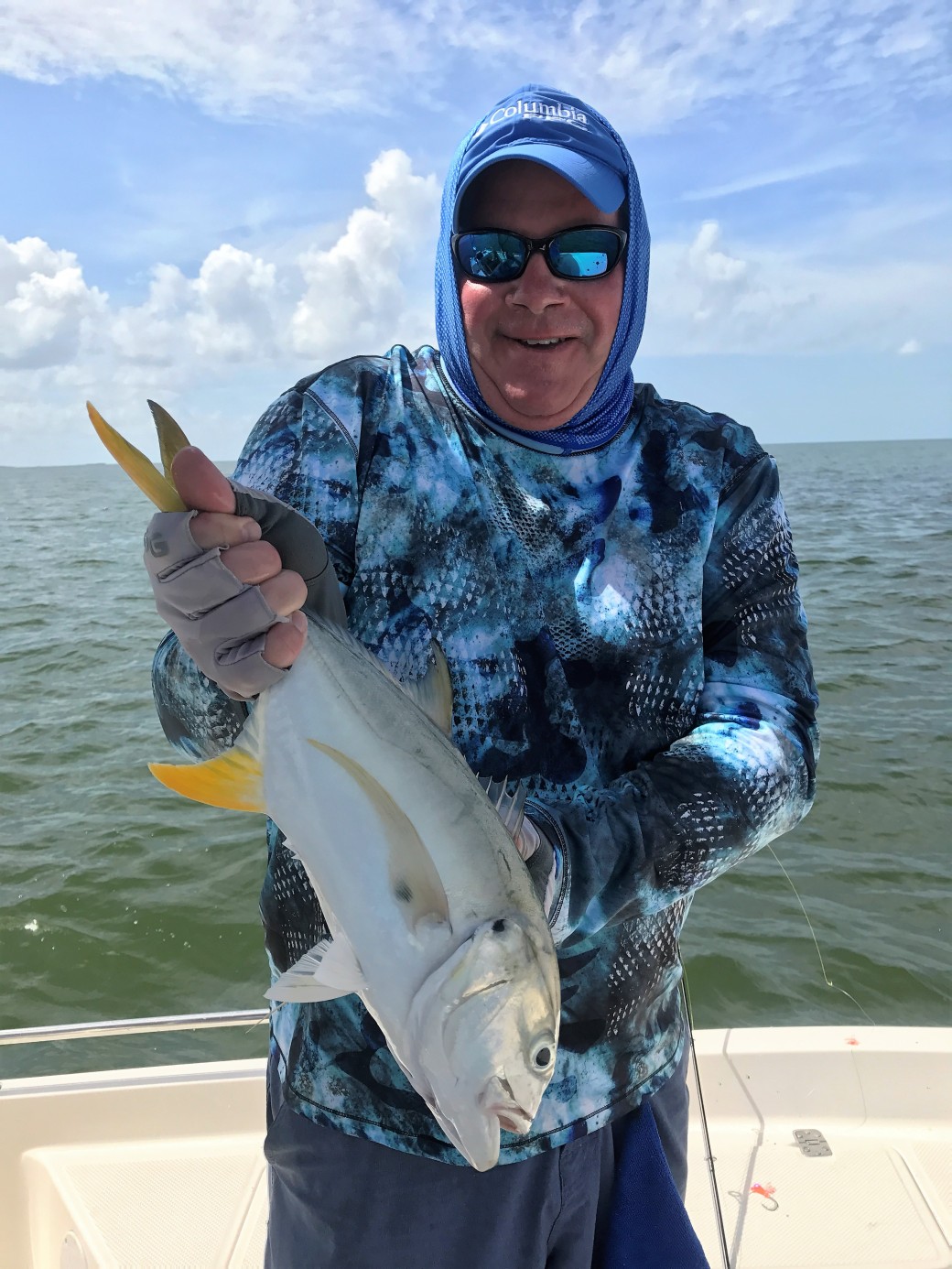 My first keeper fish was a Mack.  (The photographer doesn’t generally get in the action shots.)

My next keeper was a nice 21″ Redfish.

Surprisingly Eric caught a sheepshead, but it was returned to the water to grow up.  Within a few years he should be eating size.  We have never caught one of those in this area.

………..a flounder.  They are one of my favorite fish to eat.  I’ve gotten lucky in the past and caught several, but not for some time.  This one was almost 17″ long.  Interesting thing about flounder.  Since they generally settle on the bottom in the sand, camouflaging themselves, their eyes migrate so both are on the same side.  You can see their eyes on the left of the photo below. 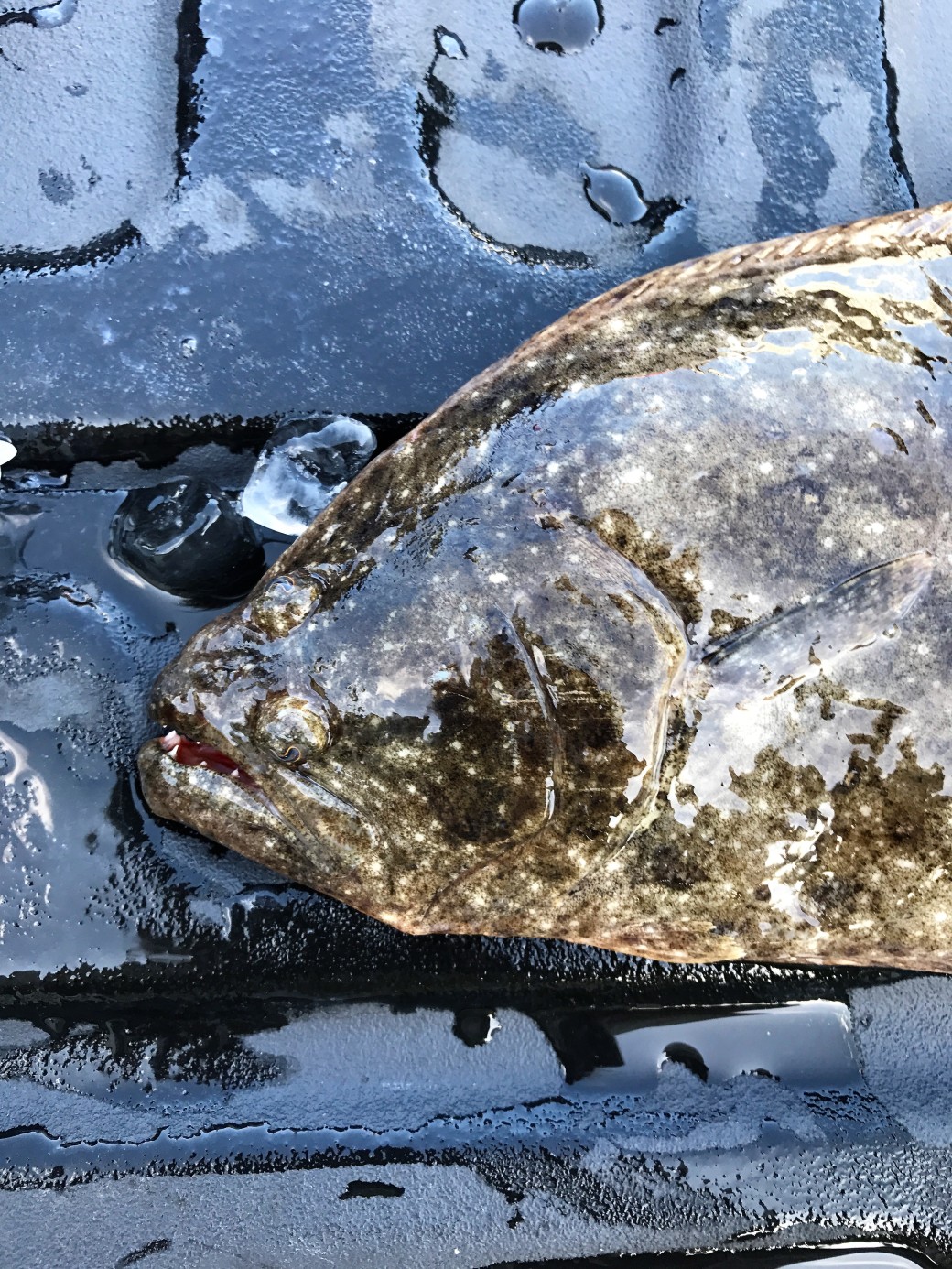 All in all, we had a productive fishing day.  Eric caught several snapper, but after catching the macks, redfish and flounder, they seemed kind of puny.  We kept them since they are good eating.

This tale wouldn’t be complete without some food photos.  Monday night we made sushi with our freshly caught fish.

He used the fresh snapper, mack and flounder in the bowl.  No need to repeat the flounder sushi – it was tough and chewy.

He made enough for leftovers to take for work the following day.  He still needs to smoke the remainder of the mack so we can have smoked fish dip.  The remaining filets were vacuum-packed and put in the freezer.

This is one Christmas gift that has been used a lot and very handy – thanks Anna & Lance.

We (Eric) had planned to go scalloping after fishing, but it was too darn hot.  Even though we were on the water, the breeze dropped and the afternoon turned into typical, muggy Florida.  We headed back home for an early day.

So the following day after this was posted, I remembered an event that happened on the road…we got stopped by a state trooper. 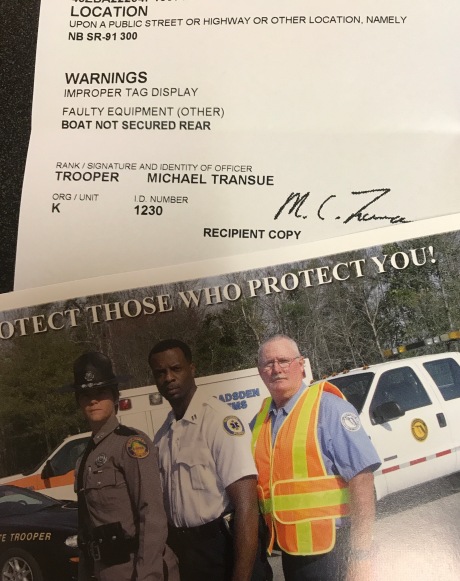 Eric is always very respectful and the trooper let us off with a warning – this time.  We need to correct 3 things:  (1)  Fix the trailer license plate so that it can be seen when driving down the road.  Currently the wind causes the plate to be aerodynamic and flies with the wind as we are driving.  (2) Purchase safety items (flares or triangles) in case we stop by the side of the road for any reason, alerting others of our location.  He said the length of our boat required this item.  (3) Get a strap to secure the boat to the trailer, don’t rely upon the weight of the boat to keep it stable.  All good suggestions – I guess not really a suggestion since he wrote that on the warning ticket.  Before we left Crystal River to drive home, we stopped at West Marine to get a boat strap.  Definitely by the next time we take the boat to the water, we will have all items fixed.